A New Kind of CReW 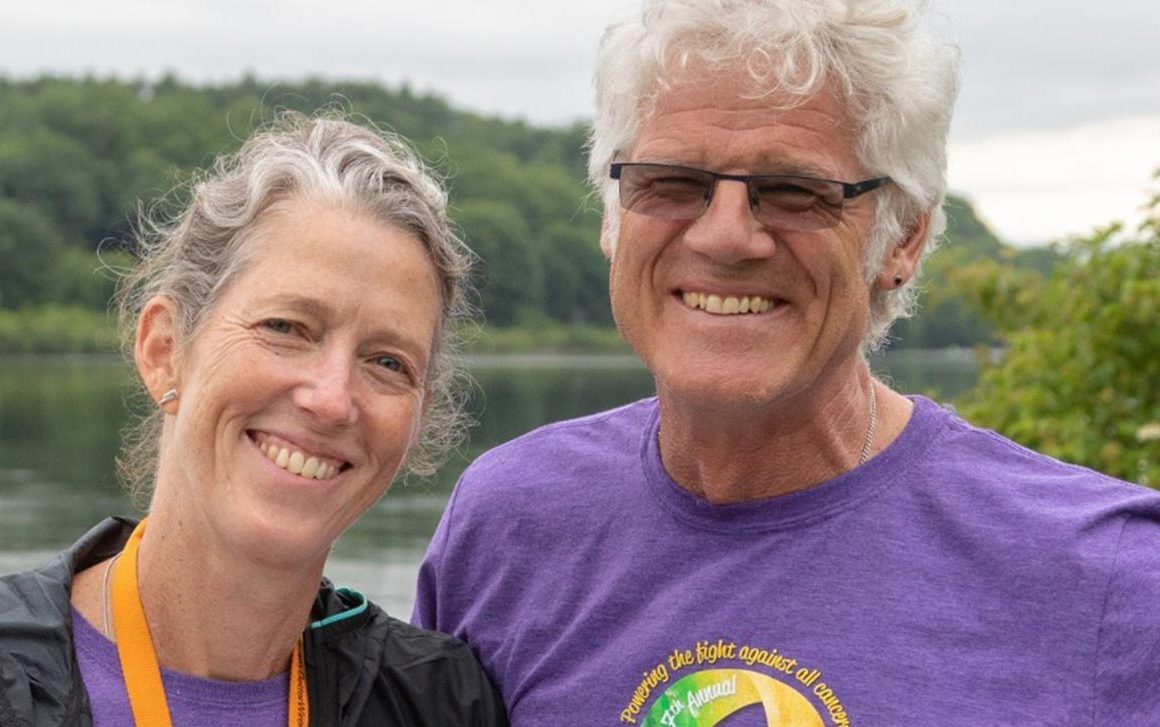 The Connecticut River sparkles in the Sunday morning sunshine as members of Cancer Recovery Through Rowing (CReW) lift their sculls from the water at the Kendall Riverfront Park in Hanover after the final outing of the August session. CReW is part of the Upper Valley Rowing Foundation’s slate of programs, including the Lebanon Middle & High School Crew, a Masters team, and a variety of learn-to-row community rowing programs. Throughout the month of August, CReW coaches and participants ventured onto the river to learn to row, and to discover renewed strength and energy amidst their challenges with cancer.

The CReW program was founded in 2019. It is a free program and open to anyone who has been diagnosed with cancer. Carin Reynolds, a world champion rower, Maureen Stannard, an oncology nurse, and Susan Brighton, a nurse practitioner came together to create the program. The inaugural event was a four-woman shell rowing in the 2019 Prouty with just three weeks of practice. During the winter and spring, rowers used the basement of Burnham Boat Slings in Lebanon for indoor rowing sessions in advance of the on-water practices.

Volunteer coaches, including some who have earned National, Olympic, and World Championship honors, provide expert instruction. Head Coach Carin Reynolds began her rowing career at Dartmouth, and earned a spot on the US Lightweight Women’s National Rowing Team, winning a gold medal at the World Championships in 1984. She has competed and medaled nationally and internationally in both sweep and sculling boats at Nationals, Worlds, the Goodwill Games, the World University Games and the Royal Canadian Henley Regatta. Carin told the group gathered by the water, “My daughter had cancer. She couldn’t row, but she was a coxswain. It helped her get through the process, and it was crew that helped her have confidence.”

As a coach, Carin inspires confidence in the CReW program rowers. As one participant noted, “When Covid happened, everything shut down, but not Carin. I lost my other communities, but she got us on the ergs. (‘Erg’ is short for rowing ergometer or rowing machine). She was our cheerleader and got us out on the water when most of us thought it was crazy.” Carin agrees that the rowing community is a special one. “The rowing community will become your permanent community. Rowing brings lifelong bonds.”

Coach Linda Muri is a three-time world champion rower, former collegiate rowing coach, and six year breast cancer survivor. “Rowing helped me get through the whole process.’’ In addition to founding a rowing consulting company and coaching for the foundation, Linda is still an active competitor, posting a first place win at the 2018 World Indoor Rowing Championships in the Master’s Division.

For some participants, the CReW experience was their first time rowing a single scull boat. When survivor Catrina Nuite heard about the program from Susan Brighton, her response was “Why not? Life can be stagnant when you’re dealing with cancer, and this was something new I could try.” Coming from Brattleboro each week was not a problem for Catrina. “I came 5 days a week for radiation, so I later decided I could come up 3 times a week for rowing. It was a good feeling to drive right past the hospital exit.”

The Byrne Foundation awarded a grant that allowed the Upper Valley Rowing Foundation to purchase 15 ergometer rowing machines from Concept 2 in Morrisville, VT, Carin notes, “We’re really grateful that we got the Byrne grant and were able to purchase ergs before the pandemic. I managed to buy 15 in early February, and now there’s an eight-week waiting list.” The ergs were distributed to members of CReW to use at home, and indoor rowing sessions were conducted virtually by Zoom during the pandemic.

In order to transition to the on-the-water rowing sessions, CReW participant Ellen Gitomer taught herself to tread water watching YouTube videos in preparation for the swim test. She had not ventured into a body of water in 25 years. “It was totally outside anything I could ever imagine doing in my life, and it was such a thrill to have gold medalists coaching us. To be in a boat on the water was extraordinary after all these years.”

According to coach Susan Brighton, a breast cancer survivor, rowing is one of the most physically demanding sports, and can help cancer survivors live longer. Rowing requires endurance, strength, and extreme mental focus, and the benefits include increased heart and lung capacity and improved muscle strength throughout the body. Indeed, CReW rowers report feeling more energized, emotionally and physically stronger, and having more confidence as a result of being in the program. “My hope is that the program can be used as a model for a clinical research trial in the future.”

In closing out the post-row gathering, Carin celebrated the experience, the coaches, and the rowers.”Thanks to all of you for stepping up and trying something different, especially when you might not be feeling so well. One thing that’s awesome about this group is how you have supported each other when you’re experiencing things that are challenging.”

« Previous post
Restoring the Past While Building the Future
Next post »
In Honor of Mink: Our Wilderness Ambassador