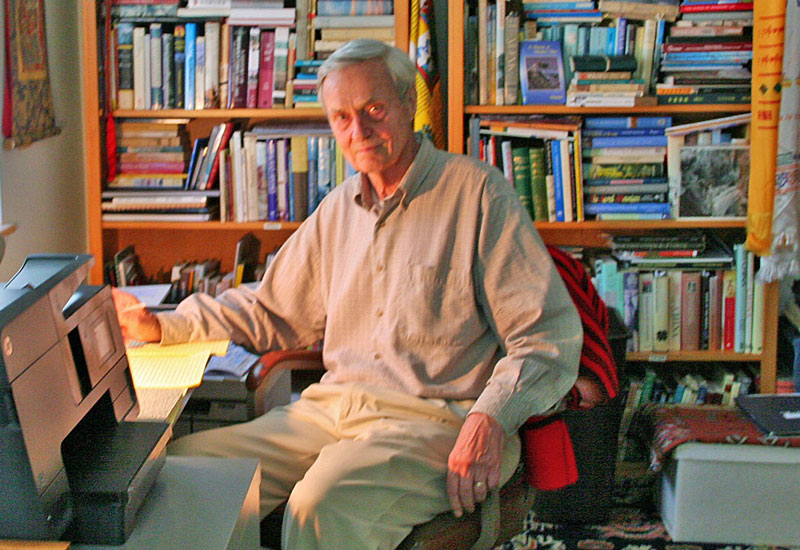 Mr. Schaller is a German-born (Berlin, Germany) American mammalogist, biologist, conservationist, and author. His complete résumé runs about six pages long and is recognized by many as the world’s preeminent field biologist, studying wildlife throughout Africa, Asia and South America. He has published countless books and articles dealing with wildlife conservation, and is particularly recognized for his studies of the Mountain Gorilla. He currently resides with his wife Kay at the Quail Hollow Senior Living Community in West Lebanon, N.H. 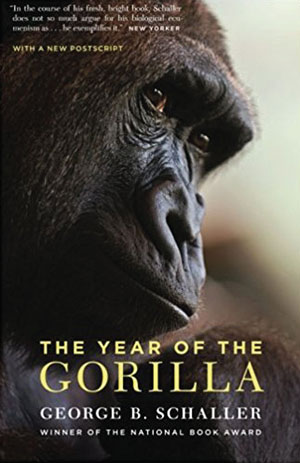 National Book Award winner:
The Year of the Gorilla

At the age of 84 and all those prestigious accomplishments behind him, George shows little sign of taking a breather or slowing down. Currently, his travel plans to more exotic locations have been placed on a temporary hold as he explains.

“On a recent trip to the Himalayas mountain range in India, the driver of my vehicle was going too fast over a rough stretch of road and the bouncing around gave me a bad bone bruise on my hip,” he stated with a grimace. “Now I have to delay my plans to travel abroad until next year and that is most disappointing.”

Those who know him realize his zest for life and working with others in the field of world-wide conservation remains a burning passion and that his injury will not block his path for long. It would be difficult to calculate the number of miles he has traveled over the world.

“I don’t care for the actual traveling part of my work. That is tedious. I prefer to just be there, thank you! The actual traveling makes it difficult to stay mentally and physically sharp. Again, traveling itself is no fun. I also do not care for ‘adventures.’ If you are on what they call an adventure, that means you have screwed up somewhere! I like things precise and organized.”

George’s research and work with Mountain Gorillas has served to be one of his favorite endeavors over the years. That research has gained him high praise from fellow conservationists. His book, The Mountain Gorilla: Ecology and Behavior published in 1963, first conveyed to the general public just how profoundly intelligent and gentle gorillas really are. 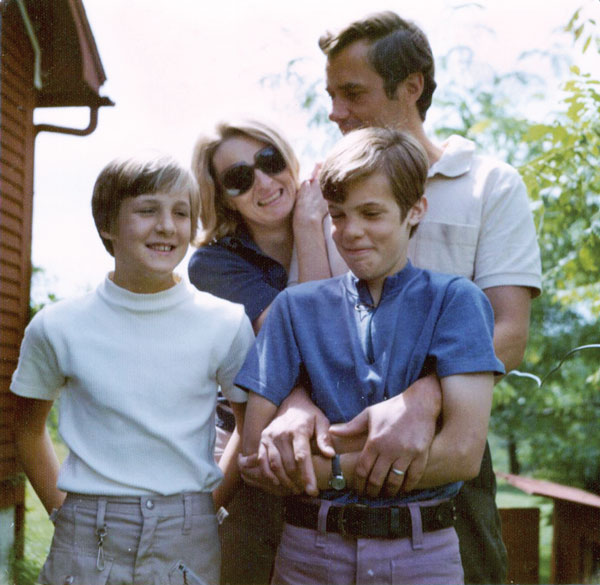 Mark, Kay, Eric and George Schaller, circa 1970, near
Ryegate, Vermont

“No one who looks into a gorilla’s eyes and can see the intelligence, gentlest and how vulnerable they are can remain unchanged for the gap between ape and human vanishes. We know that the gorilla still lives within us. Do gorillas recognize this ancient connection?” George asks.

He has also gained somewhat controversial notoriety for his research in the very popular search for Bigfoot. George is one of the few prominent scientists who argues that Bigfoot reports are worthy of serious study. 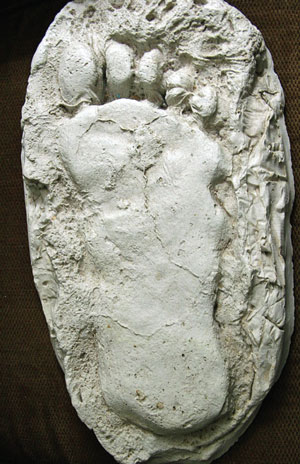 What appears to be a Bigfoot imprint acquired in India

“It is very difficult to prove something does not exist,” George explained. “There is no short term solution. It takes a very long time to study. It has been proven, however, that there are still unknown big animals roaming remote regions in the world.”

With all that he has accomplished, George was hard pressed to rate his favorite memory of his travels and experiences.

“How do you determine what is more enjoyable, sitting on a ledge with a Mountain Gorilla in the Himalayas or watching a 1000 Wildebeests cross the Serengeti plains?”

George and Kay moved from Connecticut to West Lebanon to be near their son Eric who is a Professor of Biological Sciences at Dartmouth College. They have another son, Mark, who is a Professor in the Psychology Department at the University of British Columbia in Vancouver, B.C.

« Previous post
Meet your Neighbor: Mark Bradley North Park Street, Lebanon
Next post »
Skijoring: A Winter Workout for You and Your Best Friend