Creating Lasting Change as a Community
One Step at a Time 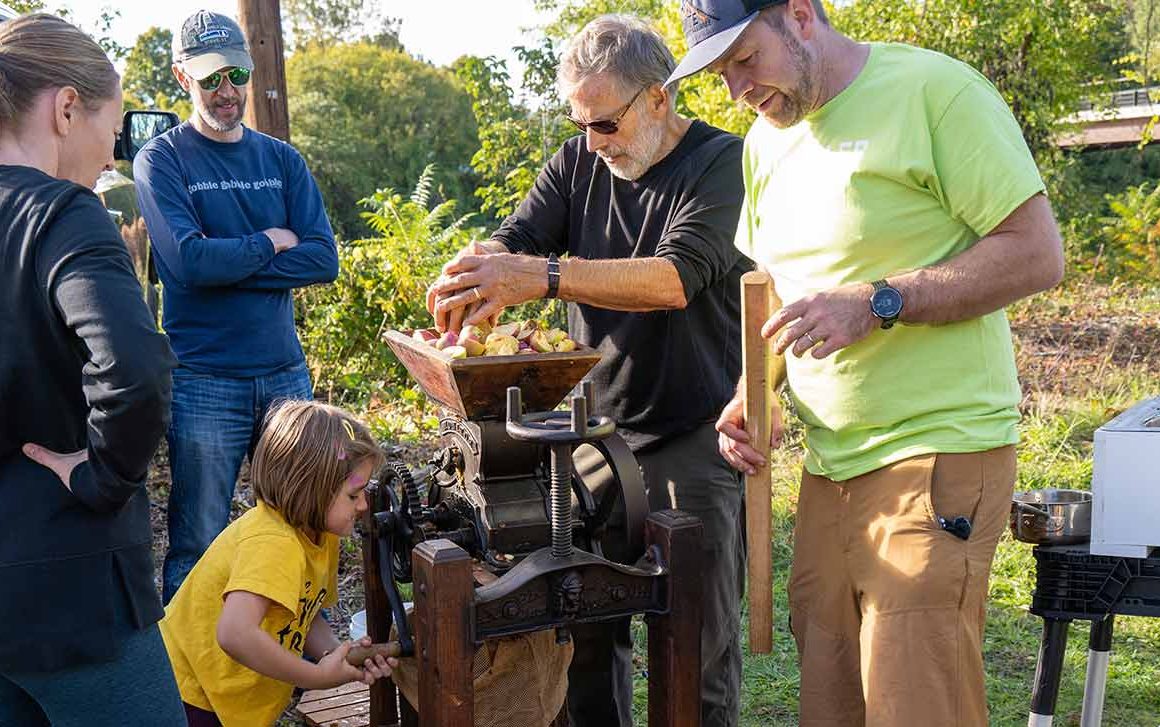 In 2021, the City of Lebanon commissioned the West Lebanon Revitalization Advisory Committee to make recommendations to the City Council on priorities for improvements in West Lebanon. West Lebanon has been thoroughly studied and surveyed over the years, so the committee built on this work with a plan for action. (Read the Action Plan for West Leb on the City’s website or at westleb.org).

Out of this committee grew an informal collection of residents and business owners who work in an upbeat and positive way towards the goals outlined in the Action Plan. The West Leb Civic Action group began meeting a few months ago and we are excited about the possibilities for beautification and improvements in our neighborhood, and we’re committed to making those plans a reality.

Our work runs on two tracks (railroad pun intended, read on to find out more about our Westboro Rail Yard project): We prioritize small projects that have an immediate positive impact while also advocating for significant longer-term changes. In particular, we believe outdoor recreation and connectivity (namely, walking and cycling trails) have a significant impact on the local economy and the quality of life in Lebanon. We aim to bring our neighbors together to enjoy each other and our beautiful area and to catch the vision for what West Lebanon could be like in the future.

We believe that small actions create big impact. During the 2021 holiday season, one WLCA member worked with Devon Blanchard of DB Lights to bring cheer to some West Lebanon businesses, decorating them with lights as a part of our “Light Up West Leb” initiative. We are working to expand on this effort in 2022!

The pocket park next to the Lyman Bridge – currently nicknamed Bridge Street Park – is the gateway to Lebanon from Vermont. In 2021, through the efforts of a few inspired neighbors, it was transformed from an overgrown and trash-littered eyesore to a scenic spot to sit and enjoy the river from.

These small steps inspired momentum and in October 2022, over 100 neighbors joined in on the action in West Lebanon. The WLCA crew teamed up with the Lebanon Recreation, Arts, & Parks Department to host a “Cleanup and Green-up Day” at Bridge Street Park, where neighbors gathered for a work project followed by a community party.

Volunteers planted trees and installed signs featuring historical photos of West Lebanon and renderings of the Westboro Greenway and downtown revitalization efforts planned by the City. These are the first installments of an envisioned “Story Walk” for a future waterfront path in Westboro Park and River Park.

Chalk art was provided by Jennifer Chambers of the New England School of Arts, music by Bruce Freeberg and Steve Glazer, and cider pressing by West Lebanon neighbor Erik Endrulat. Also spotted that day were Mayor McNamara (did you know he grew up in West Lebanon?) and multiple current and former City Councilors. We appreciate the City leadership’s support for our efforts.

Paul Coats, director of Lebanon Recreation Arts and Parks, summarized the day well in a thank you to volunteers: “You came with shovels, rakes, pruners, wheelbarrows, gloves, muscles, and determination. We needed all that stuff, plus some good cheer, which you brought also. We dug holes, busted through rotting roots, collected litter, dug a wider hole, built signs, chalked a sidewalk, expanded holes, planted trees in holes, watered trees, moved trees, and, yup, dug another hole. We also tuned up bikes, learned a bit about trees, embraced new art, painted faces, twisted balloons, got a new West Leb shirt, pressed apples for cider, flipped burgers and dogs, enjoyed good live music, and gelato, and had an all-around good time. You were there to represent your street, West Lebanon, the City of Lebanon, Christ Redeemer Church, the Tree Advisory Board, Leb Rec, Conservation Commission, or more than one of these at the same time. Kudos to each of you for showing up, for loving your community,” he said.

The goal of this event was to further develop this gateway park and to draw attention to City efforts along the Connecticut River Waterfront. Bridge Street Park is important not only because it is the gateway to our City, but also because it is adjacent to West Lebanon’s biggest asset.

Many residents don’t know that there is a stunning riverfront property hidden behind Main Street! West Lebanon has a history as a thriving railroad town, but for decades (and despite several attempts by the City to gain control of the property from NH DOT), the 17-acre Westboro Rail Yard sat mostly vacant, its historic brick buildings slowly disintegrating.

In November 2021, something exciting happened! After decades of advocacy by the City and by Lebanon’s representatives in Concord, the collapsing and contaminated structures were removed, clearing the way for a new life in this space. This demolition effort was enabled thanks to funding secured through Governor Chris Sununu’s office by the Lebanon Congressional Delegation, the City of Lebanon, and executive councilor Joe Kenney. Governor Sununu even took a turn in the excavator on demolition day!

WLCA members continued to encourage our City officials to advocate for control of this land so that these longstanding dreams of a waterfront park could be realized. In August of 2022, again after extensive advocacy, the City of Lebanon and the State agreed on terms to transfer ownership of seven acres of the Westboro Rail Yard to Lebanon, a process that is expected to take one year. This land control will finally unlock West Lebanon’s waterfront and allow for the development of a waterfront path and park.

This month we are reading the City’s capital budgeting plans and speaking to our City councilors to make sure important West Lebanon projects are included, such as streetscape improvements on Main Street, and design work for Westboro Park. We want to keep the momentum going!

Be part of the action!