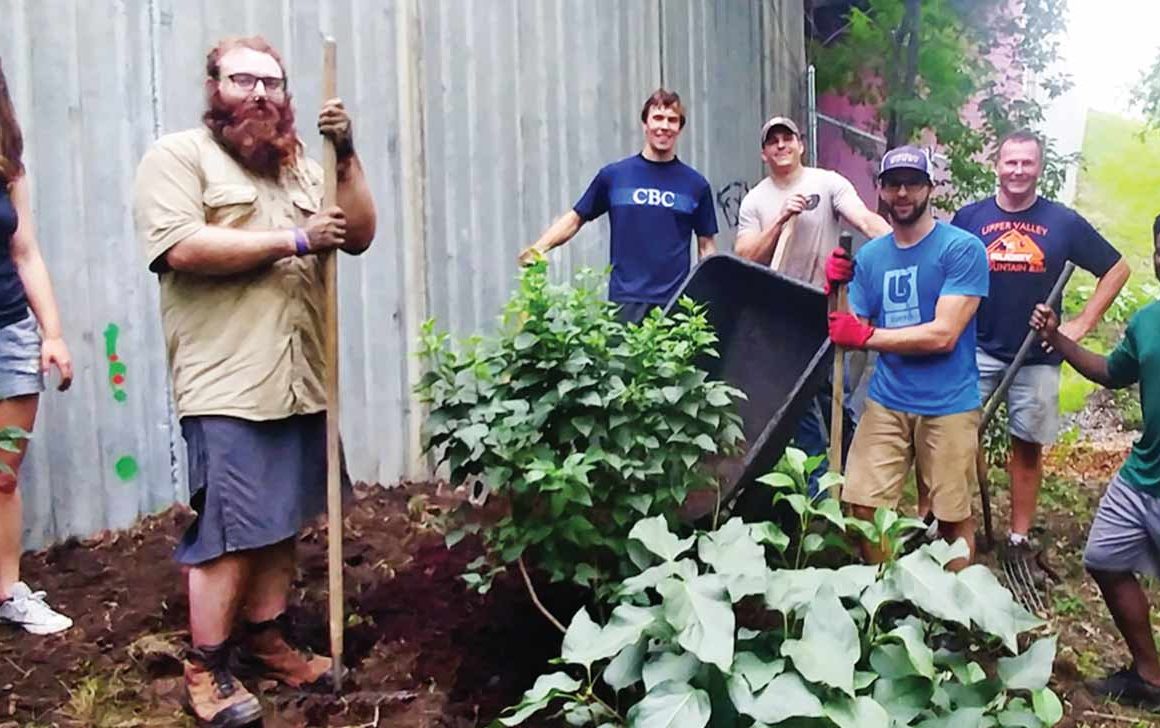 It takes a special kind of athlete to play rugby. One who enjoys the challenge of a hybrid sport that involves continuous running, kicking and carrying the ball, being tackled, and passing only sideways and backwards. For the members of the Upper Valley Rugby Football Club, however, the sport is more than just a game with unusual rules, mud in your eye, and a checkered history. The Mountain Men (men’s team) and the Valkyries (women’s team) consider community service projects and genuine goodwill toward their teammates and opponents an essential part of the game. 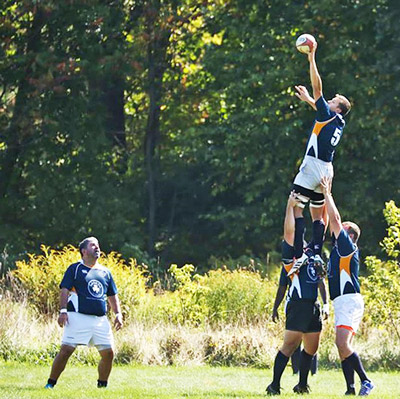 The Upper Valley Rugby Football Club got its start in 2016 when Grant Gordon, once a local high school player, moved back to the area and wanted to play again, according to Brian Frampton, the men’s club president. “It was eight guys behind the CCBA in January of 2016 in icy conditions,” recalls Frampton. The club connected with the nationally ranked Dartmouth men’s and women’s programs, sharing some practice time and a bit of coaching expertise to get the ball rolling.

The club members’ age span and experience is broad – from age 18 to late 50s, from bartenders to attorneys, and from total newbies to players with decades of time on the pitch and college play. Sponsors include Salt hill Pub, Harpoon Brewery, Casella, Wayne’s World, Boisvert’s Painting, River Valley Club, and RE/MAX Upper Valley. One thing is clear, both on and off the field, the Mountain Men and the Valkyries support each other like family. Brian notes, “It’s more about the camaraderie. You play hard during the game, close it out with handshakes and hugs, then sit around and talk about life, family, work. It’s the ultimate way to break down every social barrier there is.”

Kim Maiorca, the women’s club treasurer, says this type of camaraderie is why she likes the rugby program and living in the Upper Valley. “Everyone is very nice and accepting, and they want to get to know more about you. When I moved here from California, I didn’t know very many people,” said Kim.

While watching the men’s team play in its first year, Kim and the other women on the sidelines started talking about how ‘awesome and empowering’ it would be to have a women’s team. “I had never played rugby before. It didn’t matter what body type you had, there was a position for everyone.” Kim describes the games and practices as a ‘judgement free zone,’ and has enjoyed watching the team develop. Indeed, the Valkyries experienced some losses in their first season last year, but their skills are improving each season. “It’s so nice to get to tackle people and then be friends with them afterwards. One of the most appealing things is that you do 80 minutes all out – you’re throwing your body in the dirt against people that are bigger than you.” 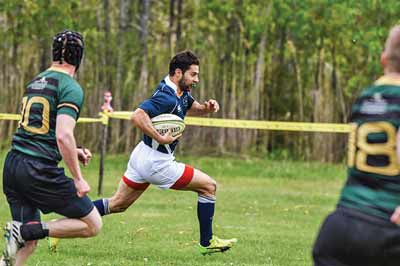 Kim likes to tell the story of the Valkyries’ first game. “The first time our women’s team stepped out onto a pitch to play a match, we didn’t know even what positions we would play or what each of us would be good at. I was told by our captain what my number would be and walked up to a men’s team player, Darius Long, a Lebanon resident who had played rugby before, and asked him what I do as a fullback. He broke down what my position does. We went on to win that first match against the Rutland Ravens. It is that kind of support between those who have played and those who have not and those on the men’s and women’s team that show not only why rugby is such an amazing sport, but why this blossoming 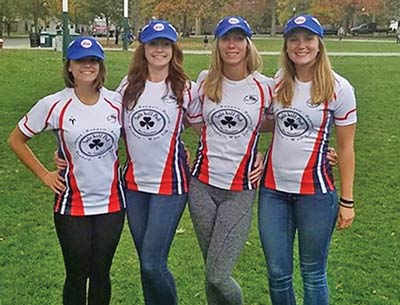 organization has worked so well.”

Brian was a traditional three-sport athlete until friends convinced him to try rugby. He was reluctant, but soon discovered that rugby ‘is the best sport in the world’. As Brian notes, “Rugby requires agility, strength, awareness; it takes all the skills from other sports mixed into one.” After playing in New York and Maryland, Brian moved to the Upper Valley. “Up here it’s colder but the warmth of the people makes it better.” Soon Brian ‘got sucked back in’ and started playing rugby. “One of the best things about this sport is that you have an instant family. I know that at the drop of the hat somebody would be there for me if I needed help.”

The formalized version of the sport began in the UK in the early 1800s when an upstart football (soccer) player decided to pick up the ball and run with it across the goal line. New rules for a new game were made up by the players, and rugby was born. Worldwide, rugby is recognized as one of the fastest growing sports, particularly at the youth level, but modern rugby in the United States is relatively young. The first rugby game took place in 1874 with a college match between Harvard and McGill. The sport flourished as a less violent alternative to American football until the 1920s when participation declined. In the mid-60s it was revived largely by college teams and today USA Rugby boasts nearly 100,000 players from middle schoolers to Olympians.

The club’s community service goals are an important aspect of the program, according to Executive Board member Vince O’Shea. “It’s super important for us to be out in the community and showing rugby as something that’s a positive force in the Upper Valley. The men and the ladies have come together not just to play rugby, but to improve the community around us.” Team members have volunteered at the CHAD Hero Race; partnered with WISE to support their work on reducing gender based violence, and helped improve a pocket park along the Mascoma River Greenway. “With the organization and bodies we have, we can make a positive impact.”

Vince’s rugby career began at the University of Dallas in 1999, and he continued to stay involved off and on after graduating. In 2008, his team toured England & Ireland and he rediscovered his love for the game. As to moving to the Upper Valley from Florida, Vince notes, “Summers are beautiful, the people are welcoming, and I love the rural nature of the area. Everybody’s just nice and chill here, looking to help each other out.” 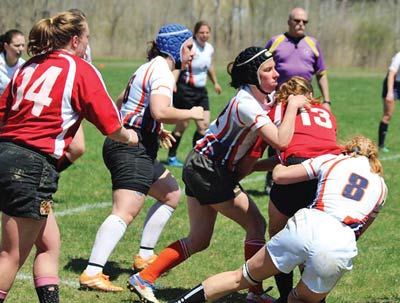 The club hopes to develop high school aged teams for both men and women with the Lebanon Recreation & Parks Department in the future, joining area teams already established at Kearsarge High School and Kimball Union Academy. With excellent adult role models, a youth team has a strong chance of thriving. In fact, the Mountain Men won the New England Rugby Championship last season. “We’ve already been promoted from Division 4 to Division 3 in the New England Rugby Football Union league. No other teams have been promoted this quickly,” says Vince.

As to continuing the club’s forward momentum, Vince notes, “We want to sustain the program for a long time. Brian and I want to come in here in our walkers for our 50th anniversary celebration.” Given the strong community service commitment and deep social connections in the Upper Valley Rugby Football Club, this is probably likely.

The first home game for both the men and women is on 9/22 at the Bank Street field. For more information, find the club on facebook or at http://www.uppervalleyrugby.com.