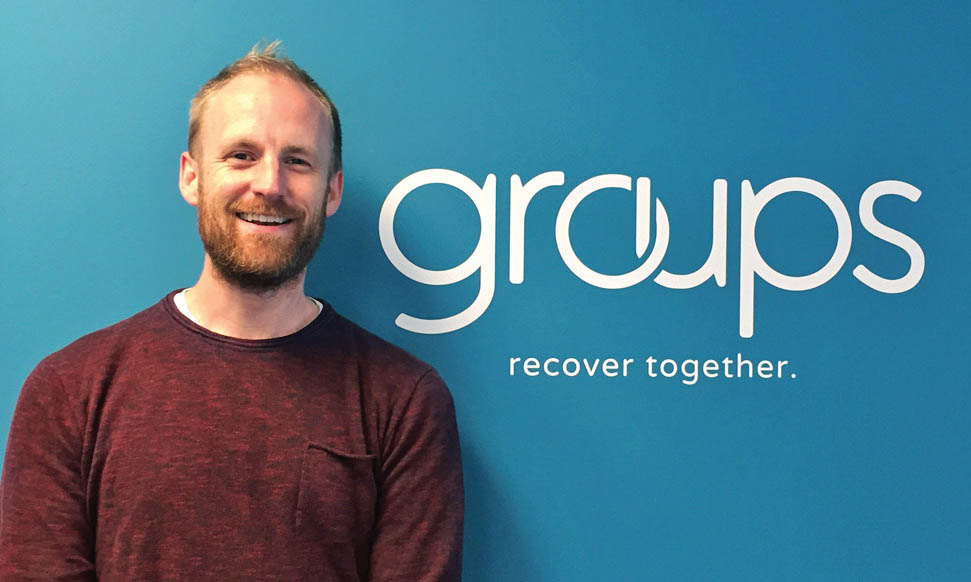 If you live in New Hampshire, there’s a good chance you know someone who has been affected by opioid addiction. The opioid crisis has been a long time in the making, and by 2014 Jeff De Flavio, then a medical student at Dartmouth College, had noticed an unsettling trend: despite the prevalence of addiction, treatment providers either weren’t addressing the problem adequately, or their programs were prohibitively expensive, with intake appointments alone costing as much as a thousand dollars. Sometimes, even with the high cost, the programs were full, leaving those struggling with addiction to wait on long lists to receive help. So in February of 2014 Jeff opened the first office for Groups in Claremont, his childhood friend Silas Howland, joining him a month later; shortly thereafter, the next office came to West Lebanon. Four years in, Groups has grown to eight offices in New Hampshire and nearly 60 offices in six states, serving about 3500 members weekly.

Silas explains that joining Jeff in founding Groups was an easy decision. “Jeff and I grew up together; he’s somebody I looked up to and learned from,” he shares. “When Jeff explained the concept to me, I came up to Claremont, met with Jeff, saw the office, and fell in love with the program and the people we serve.” Silas, one of three co-founders, had previously worked at a clean energy software startup and at a data storage company, but he wanted to be more closely involved with caring for marginalized people, and Groups gave him the opportunity to do just that. “ I looked at the project and I said, this is incredible. It’s a straightforward way to help people.”

The structure of the Groups program is simple: an individual suffering from addiction can call a hotline to schedule an intake appointment with a counselor to determine whether the individual is a good fit for the program. After that, the client meets with a physician who can prescribe Suboxone, which both prevents withdrawal symptoms and controls cravings, allowing the individual to participate productively in the recovery process. Groups will then try to get that person into treatment within seven days, covered by insurance–Medicaid coverage will be available soon for those with Ambetter and NH Healthy Families–or for a low (currently $65) weekly cost. It is much less expensive than other programs, Silas points out, because Groups believes that everyone is entitled to accessible, affordable care. After the intake process, group therapy can begin, with weekly one-hour meetings facilitated by a licensed counselor. The standard of one-on-one treatment, Silas muses, is reflective of a system which seeks reimbursement from a fee schedule, but lacks the benefits of community-based group therapy, which “shows people they’re not alone, helps them to build bonds, to feel less ashamed.” It also solves ancillary problems such as transportation, allowing patients to carpool to meetings. And the results are clear: weekly attendance is around 90%, which is nearly unheard of! Silas mentions, as a final thought: “if you or anyone you know is struggling with opiate addiction, please know there are people who care about you and want to help you recover!” 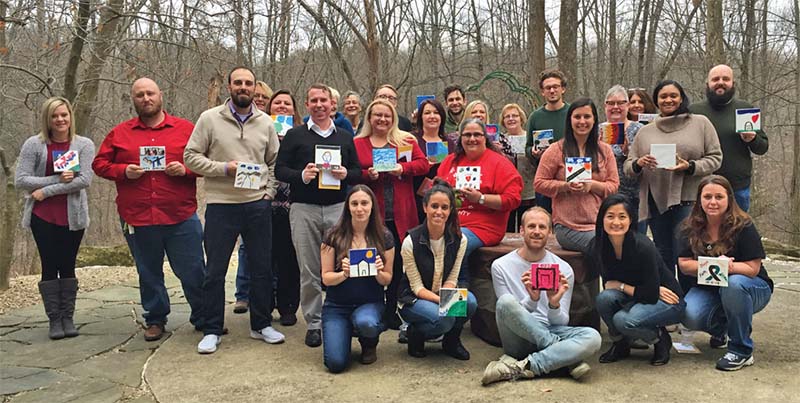 Evan Stuart joined Groups last summer as the Regional Manager for New Hampshire. An Occupational Therapist by trade, Evan is no stranger to advocating for those who cannot speak for themselves or who may not otherwise have advocates. While between jobs in Texas, he received a call from Groups, and “jumped at the opportunity” to be a part of the organization back home in New England. (Like Silas and Jeff, Evan is originally from Massachusetts.) “At my previous work, I was giving lives back; now I’m keeping them alive,” he notes. “What I do, it’s consistent chaos, intensely long workweeks, and I never come home unhappy with what I’ve done that day. It’s the most enjoyable position I’ve had.” Part of what Evan loves about Groups is the consistent reiteration of mission: “this organization, whereas others are focused first on money, tells us to keep things running well, but to keep clients and employees happy above all else. When an employee comes up with an idea, the CEO takes it seriously, and often runs with it,” he reflects. Monthly web meetings between counselors, managers, and founders keep everyone in mutual contact and keep ideas flowing.

In an increasingly connected world, the spread of the opioid epidemic seems ubiquitous. Fortunately, so too does the reach of helping hands and of networks aiming to assist the victims of addiction. Thanks to Jeff, Silas, Evan, and the rest of the team at Groups, one more solution is now widely available in the Upper Valley and beyond.