August 18, 2015by AdminLTNo CommentsAll, Good For You 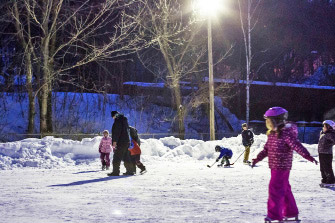 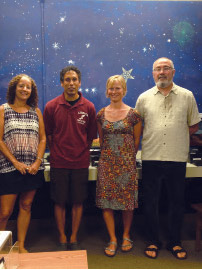 When Livability.com named Lebanon, NH the #1 Best Small Town in America for 2015, Recreation & Parks Director Paul Coats revealed to the website’s editors one of the City’s little known charms, “Winters are tough up here, but I think most people embrace it.” As hard as it is to admit, the summer’s 90 degree days are becoming a distant memory, and embracing all forms of play on snow and ice is one way outdoor recreation enthusiasts survive the long, chilly winters in the Upper Valley.

Opportunities for winter fun and fitness are literally everywhere in Lebanon, a fact echoed by Coats to Livability.com. “In big cities you have to seek out these special parks that offer an oasis in the middle of a lot of sprawl. Here, most places are available for people to go and explore.” It’s true – snowshoeing and cross country skiing on the City’s many conservation properties, downhill skiing, sledding, and ski jumping at Storrs Hill, and indoor skating at the Hanover Improvement Society’s Campion Rink, have all been part of Lebanon’s rich winter sports history.

Now the thrill of skating outdoors under the full moon or on a bright, sunny day is getting a boost thanks to an energetic group of Lebanon citizens who want to help sustain Lebanon’s four season appeal. Members of the newly formed non-profit, Friends of Lebanon Recreation and Parks (FOLRP), have been working with Coats on designing fund raisers and identifying projects to improve Lebanon’s recreational amenities, starting with an upgrade to the City’s outdoor skating rink at Pat Walsh Park. “The Recreation and Parks Department has wanted to get a Friends group off the ground for a number of years, and we have finally rallied a few key people,” said Coats.

For decades, City staff and volunteers have provided outdoor skating rinks at various locations throughout the City, including Smith Field in West Lebanon, and Colburn Park. Hearty souls have used powerful fire hoses to flood the frozen turf after dark and throughout the day in sub-freezing temperatures, only to have the ice surface melt down during the annual January thaw. This has frustrated skating enthusiasts and the City. FOLRP hopes to change this pattern by raising funds to purchase a commercial ice rink system to provide more consistent skating opportunities throughout the winter season and reduce maintenance expenses in the department’s tight budget.

The $10,000 fundraising effort aims to provide a plastic liner to contain the ice, making it stronger and less likely to break down. A reusable set of rink-boards and protective kickboards surround the rink, and resurfacing the ice with a Zamboni-style machine will enhance the quality of ice. A warming hut may follow in the future. More than $3,000 has been raised to-date, primarily to honor the memory of Robert Harris, the former Chair of the Lebanon Recreation Commission, and a longtime sports enthusiast.

Kristin McGee, one of the group’s founders, says she got involved because she is committed to helping Lebanon provide more year ‘round recreation opportunities for kids. McGee hopes others will come forward with their own ideas to rally around. The former Dartmouth runner has three active children, and says there is growing interest in the new ice rink plan, which will be large enough to accommodate pick-up hockey games and open skating.

Last winter, FOLRP held a Community Skating Party to showcase its efforts and get children and families out on the ice. Providing hot chocolate, music and snacks made the frigid weather more bearable to the 60 skating enthusiasts who showed up. McGee, who is the group’s secretary, along with fellow Friends members, Joanne Oscadal, Bart Guetti, Tom O’Quinn, Frank Gould, and president Dave Hoskinson, hope to raise the balance of the funds in time to install the new rink system for the upcoming winter.

FOLRP was conceived as a way for Lebanon residents to get involved in ‘continuing the rich recreational opportunities’ in the City. Opportunities to participate include submitting ideas, joining the board, joining a work crew, and providing financial assistance or in-kind services. To learn more, visit the FOLRP website, Friendsoflebrec.org.

The kind of community involvement FOLRP is offering may be one factor that inspired Livability.com to cite engaged citizens who volunteer as one of the reasons for Lebanon’s #1 livability ranking. So, as we bid goodbye to another fabulous Upper Valley summer, now is your chance to step up and help FOLRP achieve its ambitious goals. And don’t forget to get your skates sharpened!

Cindy Heath is the former director of recreation and parks in Lebanon. She is the Executive Director of the national non-profit GP RED, and is a fiber artist, Master Gardener, and licensed massage therapist.