Lucky All Around: New Coffee Shop on the Green

It’s just like Ben and Jerry’s! exclaimed a cellist at the Upper Valley Music Center, “starting in an old garage.” The musician was looking at Roy’s Garage, diagonally across Colburn Park from the Music Center’s new home. The garage is soon to be the home of Lucky’s Coffee Garage. Creative dynamo, Deb Shinnlinger, aims to develop a community meeting spot, a home away from home. And you don’t have to be the barista or the baker.

Deb has been working on the idea of opening a coffee shop for over a year. “A series of fortunate conversations put Mike [Davidson, who owns the property] and me together,” she explains. This energetic woman with curly red hair has had experience from many jobs, all pointing towards this opportunity. She has managed food service operations since she was 20, and she owned a deli in Oregon. “I feel like I’ve done more than most for my age” – she’s in her mid-forties – “and I have entrepreneurial blood.” Other factors in her successes are her artistic talents and outgoing nature. Many people know her as ‘the hula hoop lady’ from the Lebanon and Hanover farmers markets. 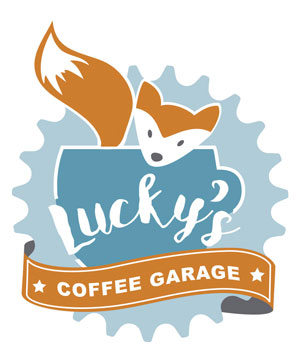 Deb also sees lots of good fortune in her life experience – hence the name of the cafe. She ran her deli in Oregon from 1997 until January 2002, but the economic slowdown after 9/11 led to diminishing sales. “Fortunately, I was able to sell the business,” she says. In her earliest planning for her current venture she surveyed almost 600 people, and several forwarded the survey to Mike, telling him “You have to get together with her for this project.”

Mike is a strong believer in mixed-use, walkable downtowns. “Reworking old buildings is very hard,” he admits, after being involved in many such projects, but using old spaces has aesthetic and community benefits. If someone built out to the edge of the garage lot, it would visually cut off the route to the Carter Community Building, a social and athletic center of town. Mike has a fondness for Roy’s since he has bought gas there for 32 years. Lucky’s will contribute to the lifestyle of people who live and work in the area, says Mike. “It will be a place to sit and watch the world go by, like a Hopper painting. It’s why people come together in cities” – that pleasure in watching and chatting with each other.

Closer to home, good luck – or lemonade from some challenging lemons – ruled when Deb and her husband Dave, a high school woodshop teacher who grew up in Canaan, moved back east. They were living in a 200-year-old farmhouse with Dave’s mother and their two young daughters, planning to use the timbers from the old structure to build a straw-bale house. But when they took down the garage to start the project, they found the timbers were no longer strong enough. Then a storm knocked down a bunch of trees on the property. “Dave bought a sawmill,” recalls Deb, “so we built the frame from our own trees.” 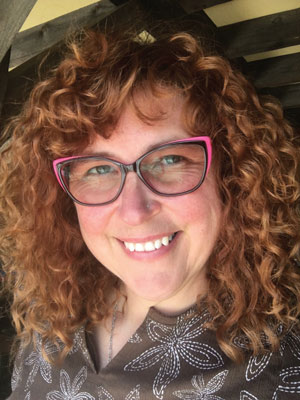 Now Deb, working with Mike, is turning her efforts to shepherding plans through the city’s permitting processes. Remodeling plans occupy her days, and she knows she has to hurry: She’s eyeing mid-June for an opening. “The city of Lebanon has been wonderful to work with so far,” she says.

Deb is teaming up with New Harvest Coffee Roasters in Pawtucket, RI, a wholesaler committed to fair trade and organic beans bought direct from small producers. New Harvest is creating a coffee blend especially for Lucky’s. “We’re all really excited for it to get going,” says Sam from the wholesaler team at New Harvest. “It’s a good place for coffee to branch out in New Hampshire.”

In addition to espresso drinks and drip coffee, Deb aims to provide pastries baked in house to soups made fresh daily and artisanal toast piled high with delectable toppings. She will use locally produced foods as much as possible, starting with King Arthur Flour bread. Clearly a sociable person, she realizes her cafe will be a service, but also a means to a larger end. “I’m really looking forward to providing a premium coffee experience – and connecting with the community!” she exclaims.

This business does not compete directly with the Lebanon Diner or other eateries in town, says Mike. The menu will be different, as will the atmosphere. In fact, having a choice of places to stop actually increases business for all, as the city becomes a destination because of its restaurants, and people develop the habit of eating in town. “This is providing what people demand,” he says. “It just makes sense.”