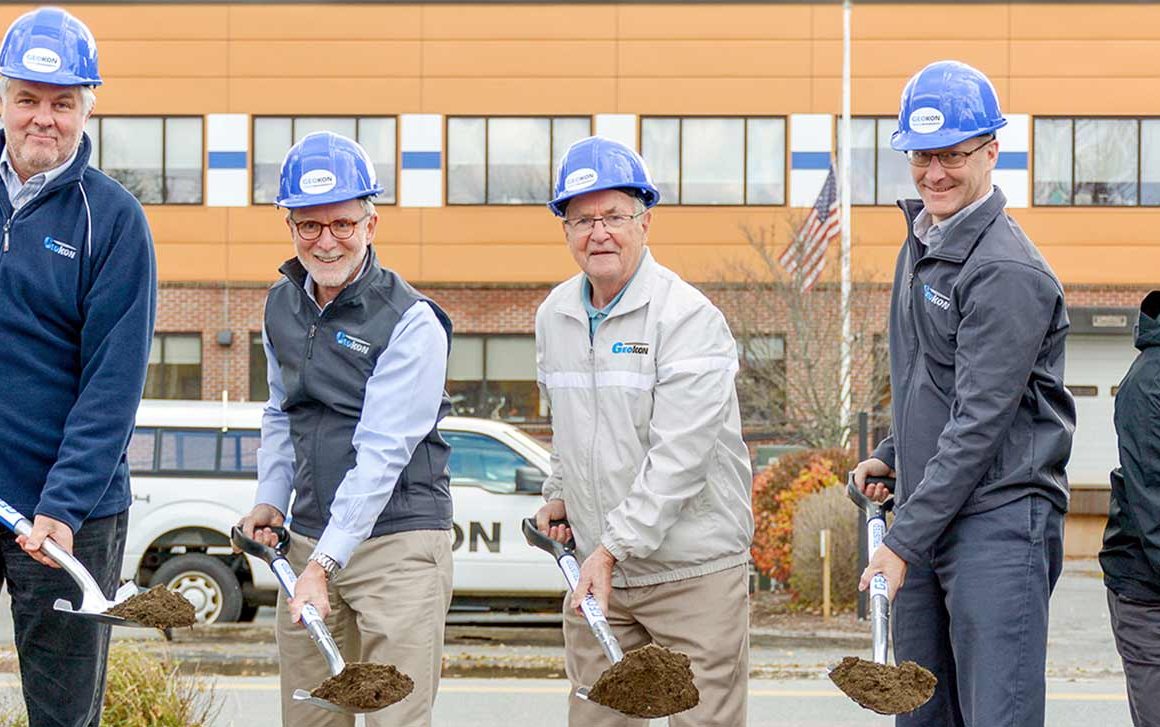 When J. Barrie Sellers received a call in 1974 from an old Sheffield University friend, Ivor Hawkes, inviting him to come to New Hampshire from his job at Terrametrics in Colorado, he jumped at the opportunity to co-found a new company for the manufacture and sale of vibrating wire devices. Though the company the two men (along with a third, mathematician David Wright) established on Parkhurst Street lasted only three years, Barrie’s subsequent project, GEOKON, has survived and thrived, and is this year expanding its modest footprint on Spencer Street with a new office complex currently being constructed across the road from their current location. Given GEOKON’s reputation as a great company to work for, buy from, and live near, this is undoubtedly good news for Lebanon and the Upper Valley as a whole.

Even if you’ve lived in Lebanon as long as GEOKON has been here, there’s a chance you don’t know about the company. Of course, if you read the article that appeared in these pages a year ago, you know that it’s a world leader in vibrating wire technology – it’s exactly what it sounds like, and it can be used to measure force, pressure, temperature, and so on with a high degree of accuracy and stability – with international renown. You also know about the new construction, and you met Director Chuck Chamley, who shared his excitement for the project along with some statistics, including the low employee turnover rate the company enjoys, with more than a third of their 110-plus employees celebrating 15 years or more of service. Unsurprisingly, Chuck is still at GEOKON, and he’s still excited about the company and its faithful employees. Sitting in a conference room whose large window provides a clear view of the new construction, Chuck shares this optimism with fellow Director Colin Judd and Manager of Sales and Marketing – Clayton Gould. “After so many years,” Chuck muses, “you just sit back and ask yourself, how can you improve? We realized when we asked this that we were running out of space.” 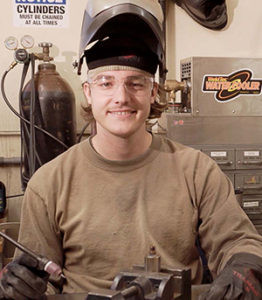 The company, which in 1986 outgrew its Central Avenue location in West Lebanon and moved to its current address, has expanded its premises five times in the last 33 years. The latest addition – the two-story “L” that comprises a decent chunk of its current footprint – has been in place for a decade now and is filling up. GEOKON’s team began looking for other property to purchase, noticing what they and many other locals likely already know: land in the Upper Valley is expensive. They didn’t want to leave the area, though, because there’s a reason for that price tag: it’s a great place to live and work. The aforementioned long-term employees are mostly concentrated in the area (though a few drive as much as an hour for the opportunity to work at GEOKON), and many have families here – some even work with them at the company! City Councilor and Mayor-at-the-time Suzanne Prentiss met with GEOKON to offer another proposal, and before long they were purchasing the property adjacent to the current building , which had once been the site of the city’s Department of Public Works.

The new property acquisition is a boon for both GEOKON and Lebanon. “In the Master Plan, Spencer Street is highlighted as an area for growth,” says Colin. “We want to be a part of that.” In addition to showing that a high-tech company can survive within the city limits – and especially so close to the center of downtown Lebanon – Colin sees this expansion as an opportunity to confirm GEOKON’s stance as good stewards of the community, and also of the environment: the new building will be covered in solar panels. “At this point, it’s a no-brainer,” he muses.

Clayton agrees: “We’re excited to serve as an anchor for the revitalization of Spencer Street.” The building will adhere to the company’s new look: bright, sustainable, modern, minimalist. It will house a training center, too – not just for employees and partners, but for local school groups. GEOKON provides something of a “vibrating wire 101,” complete with information on the education and experience needed to work for them, and how to get it. They also hope to host the Chamber of Commerce for their successful Business After Hours series. 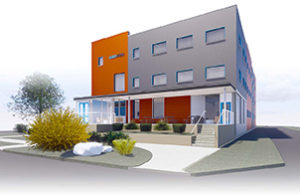 A rendering of GEOKON’s new building

Perhaps one of the greatest assets GEOKON has is its employee-centric environment. Clayton interviewed employees throughout the company in preparation for the recent rebranding project , asking them what GEOKON meant to them and what they hoped to see. “It’s not just a handful of us in the room deciding what to do,” he says. “We rely heavily on collaborative decision making.” Per Barrie’s wishes, there are no time clocks: the company relies on the honor system, and the tradition of honest New England work ethic, to ensure work gets completed. “Our advantage is our culture, our people, their dedication to the customers. If we don’t have the people, we don’t have this. We’re growing, but we still try to bring in people who share the same values we have.”

In keeping with these values, GEOKON provides its employees with paid time to venture outside its campus and engage in community service work. From volunteering at the humane societies to Dartmouth-Hitchcock’s annual CHaD HERO event to the Prouty, employees are taking advantage of this program to support initiatives that matter to them. “It’s a chance 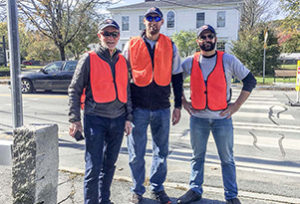 for employees to give back,” says Chuck, “but it also puts GEOKON on the radar. It’s a form of recruitment.” It also serves as a catalyst for employees who may not otherwise be considering volunteer work to explore options. There’s no defined list, either: employees are free to seek out their own charities, or to solicit ideas from colleagues, or to build volunteer teams – for races, golf tournaments, even building birdhouses! 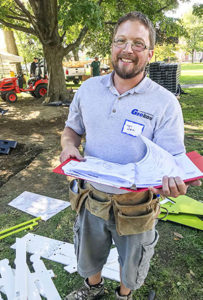 What’s next for GEOKON? “We plan to be in the new building by November,” says Clayton – or maybe it’s Chuck, or Colin: at this point the three are united in their aspirations for the future of the company they believe in. Sales, marketing, and a few other departments will move over to the new building, but the lunch room will stay in the current building, to reinforce the cohesiveness of GEOKON as a single, unified community. As phase two of the expansion, the existing building will be renovated and the current lot in front of the building will be turned into a green space. And they’re eying other underused parcels nearby for their next expansion.

“Ultimately, sensor tech is very low tech,” says Colin. “The changes are on the tech around the vibrating wire.” This is why GEOKON forms partnerships with other high-tech companies for some of its work, quality sensors. “Even when they have their own system, customers will still go out of their way to find a GEOKON sensor.” The sensors are reliable, but so are the people. When a failure happens (it’s rare, but it happens with every type of tech), GEOKON’s team don’t argue. “We fix it. Sometimes the customer is 4 hours from their 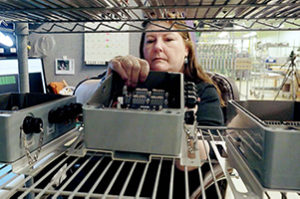 site, and if they need a part in hand, we send it. The customer is what’s most important.”

“The environment is changing,” adds Chuck. “There are more competitors getting more sophis­ticated. We need to change too, but not lose the culture of who we are. The people are proud to work here and proud of the work they do.”