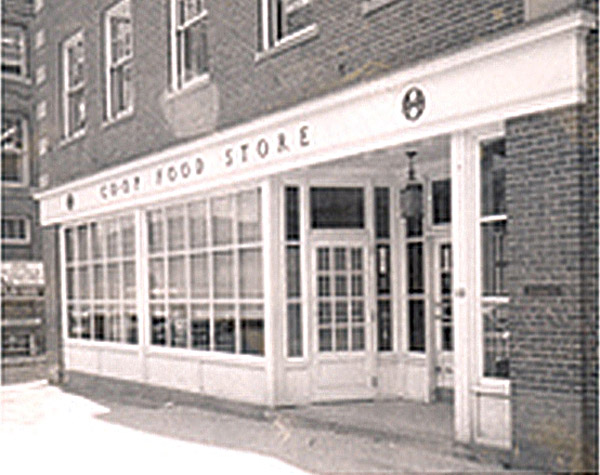 More Than Just a Grocery Store

Imagine the year 1936. The average annual salary was $1,730, if you were fortunate enough to have a job. You could buy a loaf of bread for 8¢, a pound of hamburger for 12 ¢, and rent was $24 per month. The Great Depression was in full swing, and times were hard. There was no television, only newspapers and radio.

Yet here in the Upper Valley, a collective of 17 Dartmouth professors and their spouses found the inspiration to establish the Hanover Consumer’s Club in an effort to save money by cooperatively purchasing food and fuel. One of the first of many cooperatives created in the U.S. based on the principles of education, community improvement, and democracy, the group sold more than $9,000 worth of goods in its first year of operation.

Fast forward 80 years to the Co-op as we know it today. A three-store operation, with annual sales topping $70 million and 400 employees, the Co-op is more than just a chain of grocery stores. According to Allan Reetz, Director of Communications, the Co-op has remained true to the founders’ ideals. The Co-op’s growth and success is a result of a commitment to the “…needs of the greater community. It is not a private club created for the sole use of a few. The founders knew that when they opened their club to new members and their cooperative to all shoppers – member or not.”

The Co-op takes a multi-faceted approach to meeting its mission of serving the greater good. The Board produces an annual “Scorecard” with statistics on the organization’s impact, available on its website. Willing Hands, a local food distribution non-profit receives more than 231,000 pounds (that’s 115 tons) of food each year. Collectively, local farmers and food producers sold almost $8 million worth of goods to the Co-op stores, giving a whole new meaning to the ‘buy local’ philosophy. “I’ve had many farmers tell me that they would not have made it in farming if it weren’t for the Co-op Food Stores. We churn more money back into the local economy than any locally-owned retailer I can think of through our purchases,” says Reetz.

Like many Upper Valley businesses, Co-op employees are paid to volunteer in their communities up to 8 hours annually at local non-profits like the Haven, Habitat for Humanity, and SPARK Community Center. Between volunteerism and local charitable giving, event sponsorships, and in-kind donations, more than $75,000 was distributed throughout the Upper Valley during 2014. The Hanover Cooperative Community Fund supports non-profits in the Upper Valley and throughout New England to the tune of $340,000 in contributions since its founding in 2001. And recently, the Co-op initiated a program called “Food for All” to provide food for members who need it. Serving the greater good extends to environmental sustainability as well, from recycling electronic waste (35,000 pounds in 2014) to installing a solar hot water system to reduce energy costs. 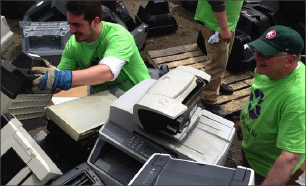 To mark the 80-year journey from 1936 to 2016, the Co-op is offering one-of-a-kind products including a citrus and sage cheese being produced by Vermont Farmstead Cheese Company in South Woodstock, VT and later this year, a special beer made by Woodstock Station Inn and Brewery in Woodstock, NH brewed using fairly traded Equal Exchange coffee beans.

And sure, a loaf of bread from a local baker costs a bit more than 8¢, but isn’t it worth it to support your neighbor in the spirit of serving the greater good?

by Cindy Heath
Cindy Heath is the former director of recreation and parks in Lebanon. She is the Executive Director of the national non-profit GP RED, and is a fiber artist, Master Gardener, and licensed massage therapist.
Share: