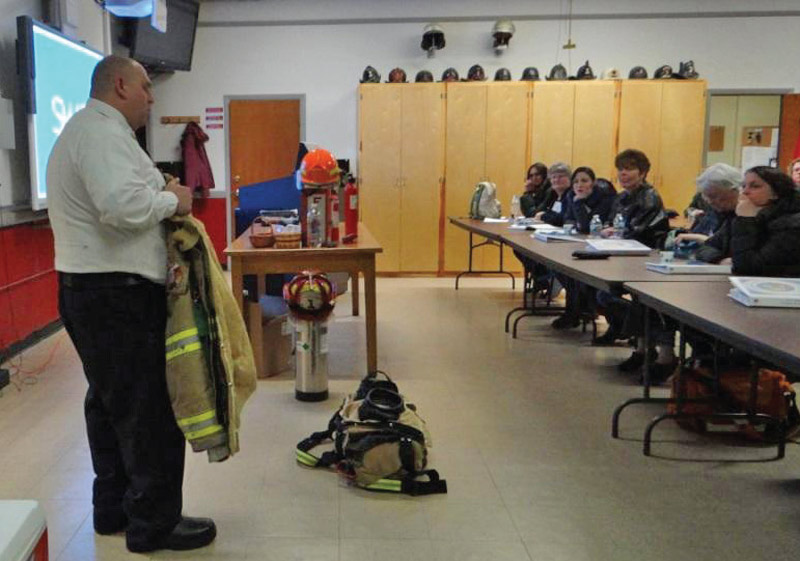 According to the City’s website, the Lebanon Citizen’s Academy “consists of a series of entertaining, hands-on, educational short courses, and will provide you with the knowledge and understanding of how your city government works for you.” The Academy faculty is the City’s own department heads and support staff, providing an in depth picture of how each component supports the City’s mission to provide quality programs, facilities, and services to Lebanon residents and guests. 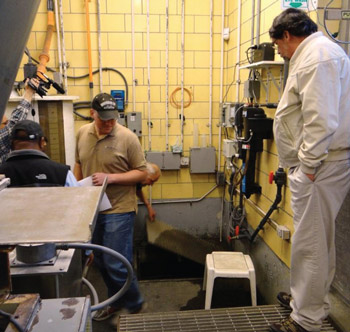 While the task of implementing the program falls to Deputy City Manager Paula Maville, Lebanon citizens have stepped up to get involved and three years in the program has indeed met its goals. Says Maville, “We’ve had good feedback so far. I think people leave the Academy with a much better understanding of how the City works.” Maville notes that participants range in age from their early 20’s to residents in their 70’s, and that the program has attracted both newcomers and people who have lived in Lebanon all their life (‘so far’ as the old saying goes). “The Academy opens doors for people who live here and for the people that are teaching the classes, so it’s a win-win experience for everyone.”

One of these new citizen recruits is Amy Motta, who is successfully ran for the office of Ward I Moderator. Amy always had an interest in city government, and recently moved to New Hampshire from Utah. “I thought it would be a good way for me to learn about my new city,” says Motta. As to Motta’s favorite aspect of the Academy? “I loved seeing the antique maps and “the vault” of old paperwork like muster rolls on the City Clerk’s night.” Motta has a better appreciation for the work being done throughout the City as a result of her attendance. 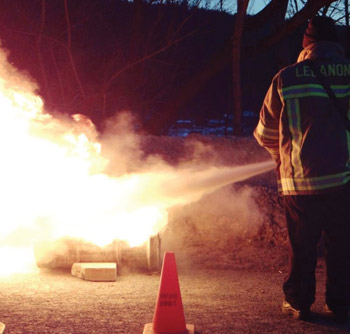 Devin Wilkie is another recent graduate of the Academy, who was inspired to participate in the Academy after Interim City Manager Paula Maville spoke to one of his groups about how city resolutions are introduced and supported. “When Paula mentioned the class to us, I and a few of my colleagues decided to take it to learn more so that we could more effectively speak about Lebanon and municipal governments in general,” says Wilkie. Since participating in the Academy, Wilkie has run for the City Council, attended several board and committee meetings, and is an active member of the Arts & Culture Task Force. “The Academy helped me to understand the city more fully, so that when I make comments or recommendations I am able to consider how decisions might affect other functions in the city.” Of particular value to Wilke was seeing each component of the City’s facilities and operations on its own as well as in the larger context of how they operate as a whole, including the Police Department’s K-9 demonstration. “Visiting the operations it is impressive to see how much the city is able to accomplish!”

Becky Book and her husband thought attending the Lebanon Citizen’s Academy was a great idea after speaking with their City Councilor. They decided to join the Heritage Commission as a result, and note that their view of the City has changed. “There are so many parts to the “whole” business of running a City. I met the people behind the scenes who do the work and that made a huge difference. They are no longer unknowns to me, they are our friends and neighbors, people like us who care about our city and I might add – do a fantastic job. It was a tremendous learning experience, and I loved meeting the K-9 police officers!” The Books are particularly interested in the City’s efforts to restore the Dana House on Elm Street in West Lebanon. “What a little Gem we have here – Lebanon’s oldest remaining home, dating to 1763,” says Book.

For lifelong residents Doug & Lisa Wentworth, the Academy was a way to learn more about the City they grew up in, and something they enjoyed doing as a couple. Says Lisa, “I am not sure that it changed our view of the City, but made us understand more of the details and bigger picture.” With two high school aged children involved in sports, the Wentworth’s didn’t have time to get involved after they completed the Academy, and now as empty nesters, take care of new dogs and are busy volunteering in other activities.

For Devin Wilke’s part, he wishes more people would take advantage of the opportunity to learn about how their government works. “I loved Citizens Academy and wish more people would consider it – it’s a great way to learn more about what we have and what opportunities are available, without the usual access barriers!”

Paula Maville echoes this sentiment. “The one thing that comes out of the academy that’s really important is that it creates that connection with the city staff. Most people understand how to register their car, but this puts the public in contact with the people who are doing the work. If they have an issue, they now have someone they can talk to because they now are familiar with city officials.”

So if you want to learn more about how your City works and get involved in shaping the City’s current and future activities, you can contact the City Manager’s office at 603-448-4220 with questions.

Cindy Heath is the former Director of Parks & Recreation for the City, and is a volunteer for the Mascoma River Greenway project.
Share:

« Previous post
Opera North: A Lesson in Vision and Tenacity
Next post »
Media for the Greater Good