May 25, 2016by AdminLTNo CommentsAll, Cover Story 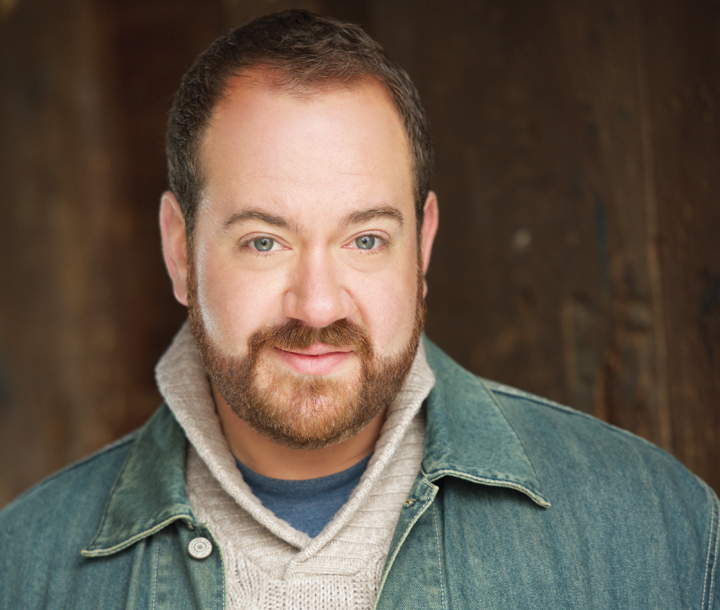 I met Jonathan Verge on the first day of first grade at School Street School. I remember that he was the new kid and he had somehow poked himself in the eye with a pencil. Mrs. Lerner asked me to escort him to the nurse’s office, and we’ve been friends ever since.

Jonathan recently returned to the Upper Valley after more than a decade away pursuing a theater career in New York and Chicago, working as an actor for years and later deciding he’s better suited to the director’s role.

Now he’s bringing his talents back to his home community, acting in this season’s North Country Community Theater production of The Secret Garden and working on an exciting project of his own—The Gatherwool Theatre Company, a new professional company he’s building in White River Junction.

“My love for musicals started way back with North Country Community Theater. I played L’il Joe Harper in Tom Sawyer: The Musical at the Lebanon Opera House 23 years ago,” Jonathan said.

He returned to the Upper Valley from Chicago last year with a plan to stay with his parents awhile and prepare for graduate school—but as he reconnected with old friends from the Upper Valley arts community, his vision for the Gatherwool quickly came to life. And while the project hasn’t come together as quickly or easily as he’d dreamed it would, he’s excited to be discovering new things about himself and the place he’s coming to call home again. 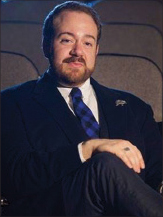 “To set out on this new adventure doing the type and quality of work I want to do, and to be able to give it back to the community that gave it to me is thrilling. It feels very serendipitous.”

Jonathan launched the Gatherwool’s first show at the Briggs Opera House in White River Junction in February. Working with professional actors from the Upper Valley, New York, and beyond, his goal is to “produce intimate and thought-provoking musical theater of the highest caliber.”

Though their first show, Songs from an Unmade Bed, met excellent reviews, they weren’t filling enough seats—so Jonathan is taking some time to rework his strategy and prepare for a bigger opening in October with a more familiar musical: Little Shop of Horrors.

“We’re ‘going back to the text,’” Jonathan says of his interpretation as the artistic director of the Gatherwool’s productions. “The piece says something really strong about what we’re willing to give for our 15 minutes of fame. We’re telling the deeper story that is there, offering a new take on a familiar show.”

The new take includes three songs that were cut from the original Broadway production, he said, because they were deemed too dark. Jonathan’s excited to go there.

As a way to prime the Upper Valley audience for the big show in the fall, the Gatherwool will be popping up this summer at gathering places and businesses around the region with songs and brief performances.

“We want to give people a taste of the talent we’re bringing to the table,” he said. 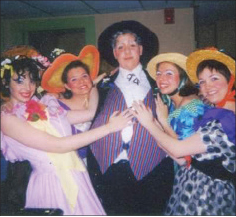 Back in the day

And Jonathan is bringing his own talent to the table this summer, too, with his leading role as Archibald Craven in North Country Community Theater’s production of The Secret Garden.

“It’s very cathartic and very full-circle for me having started my career with them two decades ago,” he said.

Although he stopped performing years ago, Jonathan said Archibald Craven is a role he’s dreamed of playing. The musical score by Lucy Simon is “beautiful, lush, vocal butter,” he said—in his estimation one of the best in musical theater. And the role lets him use his “big opera voice” and play a brooding rather than funny character—a new exercise for him, he said.

“I’m excited to be working with really talented people, many of whom are also coming back to the stage for the first time in a long time,” he said. “I’m getting back to my roots, bringing the love of theater to other people.”

After being gone for so many years, Jonathan said he has a clear sense of excitement being back in the Upper Valley—there’s a lot here that he never knew about or that didn’t exist when last he lived here, like the Parish Players and Shaker Bridge Theater, and the many weekly farmers’ markets.

“I’m being reintroduced to the area as an adult, knowing a lot more about what I want in my life,” he said.  “I’ve come to really understand that what I’m trying to build is a very long-term thing. There’s still a lifetime ahead of me.”

« Previous post
Soldier’s Memorial Building: Linking the Past with the Present
Next post »
Great Strides – Over 13 Million of Them!