Elder Profile: Robert Camarra A Lifetime of Serving and Protecting 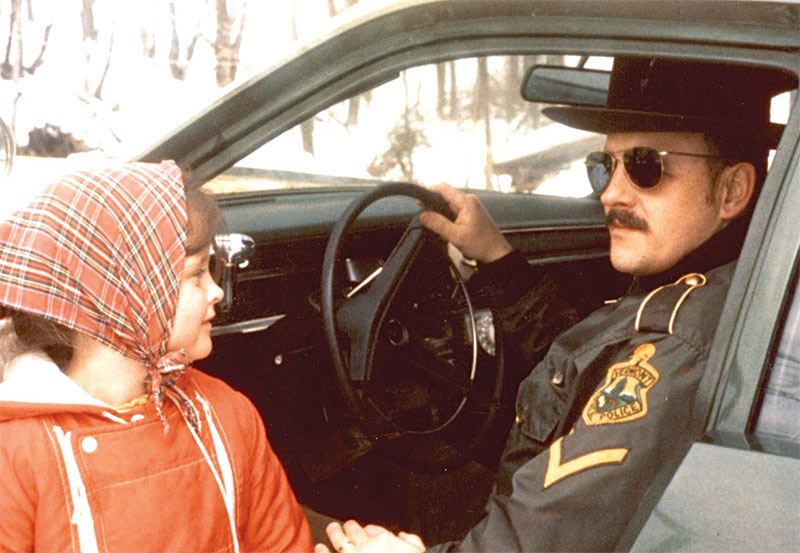 At age 80, West Lebanon resident Robert Camarra, who lives at the Quail Hollow Senior Living Community, can sit comfortably by the fireplace and reminisce about a sterling career that saw him not only protecting the United States of America faithfully, but also making the states of Vermont and New Hampshire safe places to live and raise a family.

As a young man right out of high school at the tender age of 17, Robert enlisted in the United Sates Army and was assigned to a Military Police unit to receive full training in that field. Upon his discharge 12 years later, he returned home to New Hampshire and, following a few stints as a police officer for local municipalities, he was accepted as a New Hampshire State Trooper. That was only the beginning of an incredible career in law enforcement. 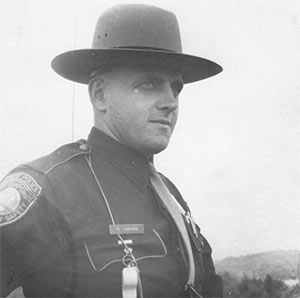 “After three years as a New Hampshire State Trooper, my wife was offered a very attractive position in the St. Johnsbury, Vermont, area,” Robert explained. “She really wanted that job, so I put in a call to a Commander in the Vermont State Police organization, and after a lot of calls and paper work, I was accepted by that organization and we moved to Danville, Vermont. As far as I can, tell I was perhaps the only person to have served as a State Trooper in both states to this day.”

Robert was born in Watertown, Mass., but moved to Tilton, N.H., when he was three years old. After serving a three-year stint in the Military Police as a young man, his journey took a twist.

“For whatever reason, I asked to transfer from the Military Police to go into an infantry unit based in Hawaii.  Still don’t know why I did that! Anyway, one day they asked for volunteers to take an Ocean Life Guard course. I raised my hand and found myself training and becoming a lifeguard. That did not turn out so badly however. I found myself working right on Waikiki Beach in Hawaii! That wasn’t too bad, as I said.”

However, when Robert returned state side and assumed his New Hampshire State Trooper position, the island paradise was a distant memory. He was quick to point out that back in those days a Trooper’s duties and work conditions were a far cry from these times. 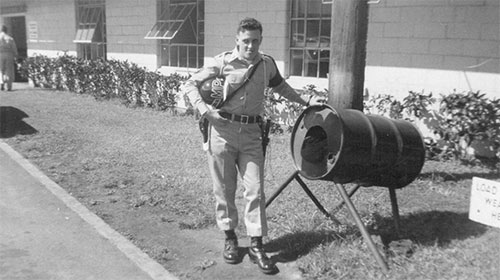 Robert in his Army uniform in Hawaii

“Back in those days a Trooper was assigned to cover a vast area, and there were very few of us. We were spread out over rural countrysides as well as the main highways. We were based out of our home and dispatched from there. I recall one time when the dispatcher called me and indicated that, due to illness, vacations, etc., I would be the only Trooper on duty for a massive part of the North Country. I didn’t feel completely alone. If I put out an ‘Officer Need Assistance’ call, local police and even a Game Warden would respond. Once I even had a truck driver stop to see if he could help.”

Robert explained that early in his career he learned to adopt a philosophy that would enable him to enforce the law while avoiding violent confrontations. That paid lasting dividends in his chosen profession.

“During my career I recall only having to draw my gun on about three occasions,” Robert indicated. “I had met a State Trooper Lieutenant who I liked and respected very much. He told me that talking was the major tool that a Trooper could use when confronting law breakers. He told me that talking to them and showing respect would play a key role. I have always adopted that tactic with success.” 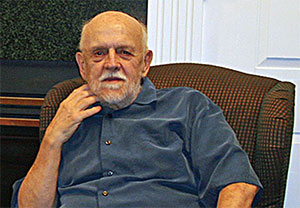 Of course Robert had another ace up his sleeve, as well, that gave him a feeling of confidence. He is a martial arts expert and holds a third-degree belt in karate.

“Yes, I found those skills very helpful,” he said. “At one time, I taught karate right here in Lebanon and other local communities. I also held classes for many local police departments.”

Today Robert looks back at the old days with a smile on his face. An interesting man who has served well. Oh, did we mention that once during his career as a Military Police Officer he served as a personal body guard for an American singing icon named Elvis Presley? Just one of his incredible experiences he gladly shares in his retirement.