Paving the Way in Lebanon: 2015 Marks 65 Years of Service for the Blaktop Company 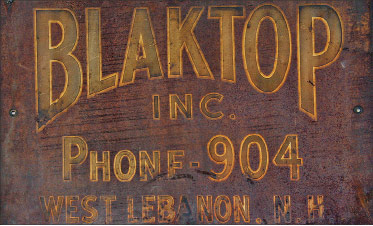 If a company has successfully served a local community for 65 years in one location, you have to acknowledge that it has found the key to success.

Lebanon’s Blaktop paving company is such an example. Founded by Lebanon resident William Taylor back in 1950, the company later merged with the nearby Twin State Sand and Gravel. Located at 73 Elm Street in West Lebanon, the two companies cover some 85-plus acres overlooking a breathtaking view of the Upper Valley.

On its website, Blacktop bills itself as “a family-operated asphalt paving business founded in 1950 to provide the highest quality asphalt and paving services to the Connecticut River Valley region of New Hampshire and Vermont. Now in our second generation, that commitment to quality, service, and value stands today.”

Blacktop president Stuart Close, who graduated with a degree in business administration from the University of Vermont and resides in Norwich, Vt., is extremely proud of the fact that his company has lived up to that reputation entering its 65th year. The company has followed a simple but effective philosophy for more than six decades.

“I attribute our success to a closely held desire to achieve customer satisfaction for our customers and our community,” Close said. “Developing a good reputation and establishing ourselves as a stabilizing influence is very important.”

The paving industry has proven to be an extremely competitive one that often sets up a David and Goliath scenario. The Blaktop company often finds itself playing the role of David. 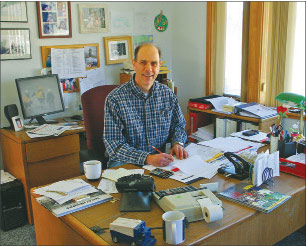 “Some of these paving companies are huge conglomerates spread out across the country, and many have management and ownership offices overseas. They are very competitive when the bidding starts, with their resources, and we do enter our bids in those situations, but mostly we concentrate on our local customer base,” Close explained. “We are able to focus on local, smaller contracts such as paving driveways and parking lots.”

Close also noted that operating a successful local business brings with it certain obligations to the surrounding community. That is taken seriously when you note the company’s “Giving Back” policy:
“Being a long-standing member of the Upper Valley community, Blaktop is a strong supporter of charitable organizations and believes in the importance of giving back to the community.”

A shining example of that commitment comes from local resident Paul Karp, who has served as the lead salesperson for Blaktop since 1990. Karp is well known in the Lebanon area for his devotion to the Karp’s Classic, an all-state basketball tournament that is staged each year at the Carter-Witherell Center (CCBA) in downtown Lebanon. That hoop tournament has become one of the most prestigious in the state. In addition, CCBA Executive Director Curtis Richardson adds further praise: 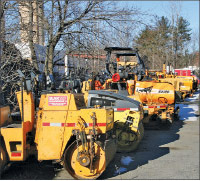 “We know Blaktop is a community-oriented firm that supports events such as our annual Touch-A-Truck event. Blaktop helps make the Upper Valley a great place to live.”

Close and the Blaktop company serve the Upper Valley sometimes in a very subtle manner that is critical to local tax payers. Residents of every town in the Upper Valley grow weary of roads in poor condition, especially in the spring when the dreaded potholes appear.

“We fully understand that road repairs are one of the biggest-ticket items in any municipality’s budget,” Close said. “Repairing potholes and such is the responsibility of each town’s highway department, but when it comes to paving an entire section of road or a town-owned parking lot, we offer bids. In that regard, we keep those bids as affordable as possible noting the tight budgets involved. Again, we fully understand the cost factor to tax payers.” 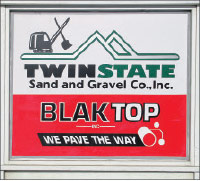 While Close and his company place a huge emphasis on the smaller jobs for paving in the Upper Valley, when asked what was one of the largest projects Blaktop has tackled over the years, his face lit up with a quick smile.

“Oh, that had to be the contract with a big wood chip generating station in Berlin, N.H. We have another Blaktop location in Littleton, N.H., and they were a factor in this contract. The contract paid close to a half a million dollars and involved about 10,000 tons of asphalt! The site has a lot of access roads leading into it and was quite a challenge,” he said.

While noting with pride that completion of that project was an impressive accomplishment for his company, Close quickly turned his attention to what has established Blaktop for 65 years.

“It’s those small jobs that can give us the most satisfaction,” he explained. “You know that neighbor with the bumpy driveway or that small business owner with a cracked parking lot. We are all part of the same community, and we make sure the work is done properly. If they are not happy, we go back and talk to them and redo everything if necessary. Whatever it takes to make a customer happy.”

Close looks toward the future of Lebanon and really likes what he sees down the road. Pointing out the diverse types of businesses with growth potential, combined with stable medical and educational institutions close by, the future appears bright. But when pressed for the biggest challenge that lies ahead for his company, the soft spoken executive became more animated. 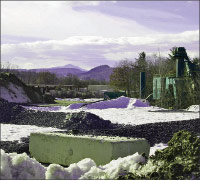 “There is no doubt that we face what any service industry faces in this high-tech world we live in where technology rules,” he said. “Finding skilled labor in this new environment has become a huge challenge for everyone. Workers with mechanical knowledge and who love the outdoors have become more difficult to find. We have noticed that fact for the past decade, and it’s only getting to be more of a problem.”

Compounding that situation is the fact that the unemployment rate in the Upper Valley is one of the lowest in the state, and expansion of industry continues at a rapid rate. Paving the way for the next decade will be complex.

“We employ a work force of around 40-50 and offer good-paying positions, but the most difficult part of that is our jobs are mostly seasonal. Seven and a half months or so, depending on the weather, is all we operate.”

Whatever the future holds for the Upper Valley, you can count on Blaktop and Twin State Sand and Gravel to be an integral part of keeping the region’s roads, parking lots, and driveways up to the challenge.