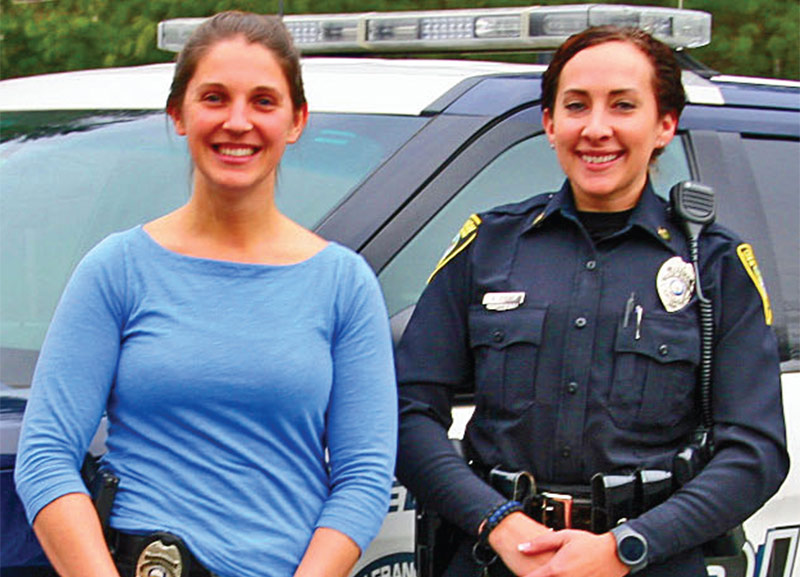 Women in law enforcement is nothing new, but it has been a growing trend throughout the United States for some time and the City of Lebanon is certainly no exception. Just how long? Women have served in organized law enforcement in our country almost from the beginning. Today we are discovering the advantages of deploying both female and male officers, capitalizing on the synergy that develops when the gifts and talents of those crime fighters are combined.

Lebanon currently has three active female law enforcement officers and one on a leave of absence. That represents about 10 per cent of the total Lebanon force and the number of female officers is expected to rise in 2018. That blends well with the national scene for law enforcement.

You may have seen them around town, so the Lebanon Times is offering you an opportunity to meet our female officers up close and personal.

Amy is a 32-year-old wife and mother of three children who currently reside in Claremont. She worked 4½ years for the Claremont Police Department before transferring to the Lebanon Police Department in June of 2017. Her husband Zachary works for the City of Charlestown. They have daughter Morgan (age 7) and Oliva (age 13) and a son Ethan (age 9). Amy was born in Denver.

Like many of her counterparts, Amy was attracted to a career in law enforcement at a very young age.

“My father was in law enforcement so I kind of grew up around it,” Amy explained. “I really enjoy the interaction with the people and here in Lebanon the community is very supportive. They make you feel welcome. I just love to come to work each day.

While Amy has taken the oath to serve and protect, she is quick to point out that law enforcement for both men and women offers a rigorous daily routine.

“Make no mistake. It is a tough job at times especially dealing with traffic. Lebanon has about 15,000 residents, but during the day the number of people passing through jumps to around 30,000. The training you get at the Police Academy is very demanding but essential. I recall when I applied only seven out of 60 applicants were accepted. However, Lebanon is a great place and I am happy to be here.” 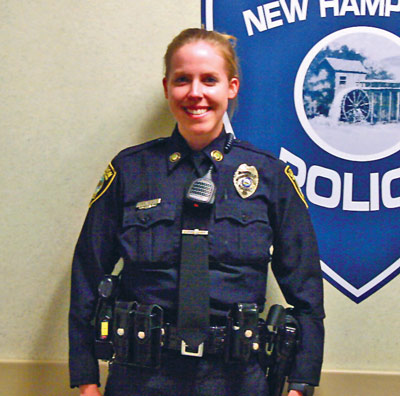 “After I completed college at Suny Plattsburgh, NY. I started to consider my options” Emily explained. “I had Criminal Justice as my major and Political Science as my minor, but I was always leaning toward law enforcement. I think deep down it was something I had always wanted to do. I had never been to New Hampshire until I saw the opening here and applied for the position.”

Emily had lived in Warwick, NY. which is in the Hudson Valley area of New York and her transition to the Granite State and the Lebanon community went smoothly.

“I found the Lebanon area to be very busy, but a good type of busy. I have made good contacts here and now I am beginning to recognize people. I really enjoy talking to people and the community here is very active and very friendly. One thing in particular that I especially love about my work is that every day is unpredictable. I always try to treat people the way I would like to be treated.”

Emily is single and states that in her off-duty time she likes to keep herself “busy” as she explains and is fond of hiking. She definitely likes what she sees going forward.

“I can really see myself making this my career!”

Callie Barret has been on the Lebanon force the longest of the three active female officers and will celebrate her eight-year anniversary in law enforcement. She is 30 years old and started out as patrol officer before taking the exam and being elevated to the rank of detective. Callie admits that she must assume additional responsibilities along with varied duties in her new position.

“My work schedule appears on the surface to be more stable with 9-5 work hours, but it is far from routine. There is a lot of behind the scenes work that involves conducting investigations, gathering evidence, and meeting with people for interviews. Often, I get that call in the middle of the night and I report for duty. One thing I do love about this job is the unexpected. You never know what you will experience each day.”

Callie is single and had purchased a house here in Lebanon back in 2012. She has developed a special relationship with the Lebanon area and the community at large.

“I really like it here in Lebanon. It is a very special place. I also enjoy being on the Lebanon Police force. We are a close-knit group and work very well together. As a detective, I am not as visible as the other officers. I log a lot of hours behind the computer and filling out paper work. Also, I have to appear in court to testify on current cases. However, I love law enforcement and intend to make it my career.”