September 11, 2022by ~ Rebecca Owens, Associate Planner on behalf of the Lebanon Heritage Commission1 CommentAll, Around Town 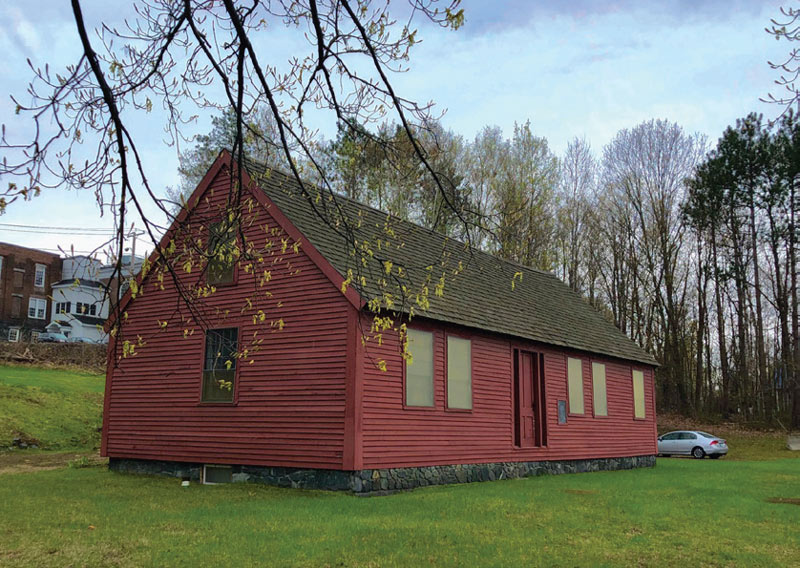 When Lebanon was chartered in 1761, West Lebanon was the initial locus of most early activity. In 1765, the oldest surviving home in Lebanon – the Dana House (originally known as the Hall-Cody House) – was built, situated near the current Powerhouse Mall, and facing the Connecticut River.

The home was first inhabited by Jonathan Dana’s family, and in the 1780s, it was the home of Dr. Ziba Hall, Lebanon’s first resident physician. The Dana House was moved to Seminary Hill at 3 Elm Street West in 1988 after the City Council purchased it for $15,000 to save it from demolition.

Restoration efforts are in the works, shoring up the foundation, painting siding, repairing roofs, and researching history. Late City historian Robert Leavitt’s donation to the Dana House, along with capital reserve funds, will support the building’s restoration for reuse.

The Heritage Commission active plans to publish a timeline of the Dana House’s history to help raise awareness and support from the community. The Commission’s current objective is to consolidate the core components of past work on and discussions of the Dana House to create a plan for its reuse moving forward that meets needs within the community. For example, while older records tend to view the Dana House as a City asset and attraction in the form of a house museum, the 2022 Action Plan for West Lebanon implies that there could be other future uses.

In addition to appreciating the building’s integrity as a step back in time, and especially in lieu of exceptional architecture, the City is exploring ways to elevate the Dana House’s cultural relevance in the next phase of the building’s life. The overall aim is to appropriately and sustainabley serve generations of residents and visitors to come. Ideas so far have included using the Dana House as space for artists-in-residence, a gift shop, for education or vocational training about trades of yore, and even as housing. Gathering community input and assessing programming viability are prerequisites for funding solicitations to federal and state programs, so depth and clarity will be key to organizing an actionable proposal for the Dana House’s future.

The Commission welcomes public participation at its meetings, online and in person. www.lebanonnh.gov/1202/Dana-House. Reflections on the Dana House and other historic and cultural topics can be shared via www.lebanonnh.gov/FormCenter/Citizen-Requests-5/Boards-and-Committees-Contact-Form-134.