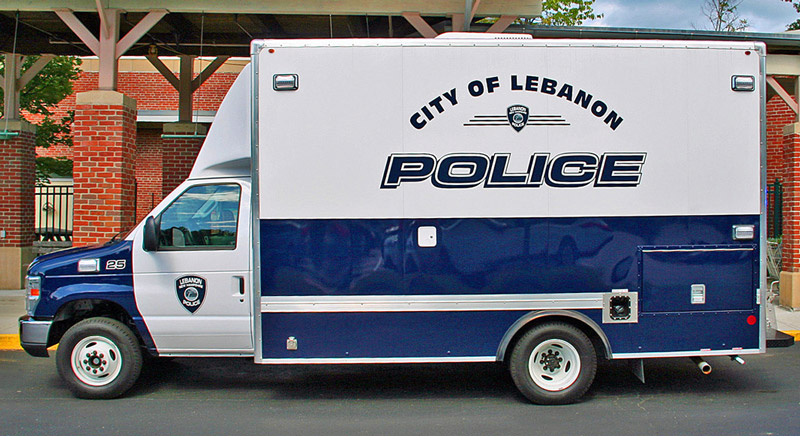 Police departments everywhere are well-known to stand by the slogan ‘Serve and Protect.’ In order to protect, law enforcement agencies have quickly learned that they must be prepared in these tumultuous times. Rest assured, Upper Valley residents, the Lebanon Police Department is prepared.

Cruising around the Upper Valley you may have seen an impressive-looking vehicle that bears the Lebanon Police Department logo. That is what is called a Mobile Command Center, and while it may appear rather conservative on the outside, it represents a thoroughly high-tech communication center capable of handling any type of crisis situation. Lebanon Police Chief Richard Mello explained what an asset that vehicle has become.

“We acquired that Mobile Command Center is 2018 and already we have used it extensively for many, many uses. It is very versatile, to say the least. The foremost use would be for situations such as the fatal and tragic shooting at Dartmouth Hitchcock Medical Center in September of 2017. We had not acquired the vehicle at that time, but it would have played a key role. The list of how it is utilized in major emergencies is extensive.”

Chief Mello went on to illustrate just how versatile that sophisticated rig can be to benefit not only Lebanon, but the entire Upper Valley region and beyond. 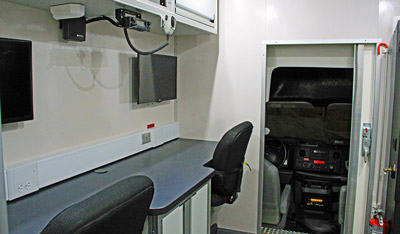 “We have nicknamed it the ‘Peace Keeper’ and it will be used in many different scenarios. Basically, it will transport a complete mobile dispatch center to the scene of a major disaster or crime scene. It can be available for a serious automobile accident like we experienced recently to direct emergency responders right from the site. We can utilize it at a serious fire to aid the Fire Department. Also, we can be on-site to aid the Highway Department in case a major traffic situation.”

The formal description of a Mobile Command Center is as follows: They are used for large-scale incidents or incidents that may require extended time demands. The primary use is for communications – to use aside from a central dispatch with on-site radio equipment. They also are equipped with up-to-date computer expertise. Several different radio bands offer equipment to connect with several departments at one time with on-site reports.”

Chief Mello made a point to explain that the overall benefit of the Mobile Command Center is not restricted to the City of Lebanon.

“We can use the Mobile Command Center for any area of the Upper Valley and we do so on a regular basis. It is the only one in this region and it will be available to all communities.”