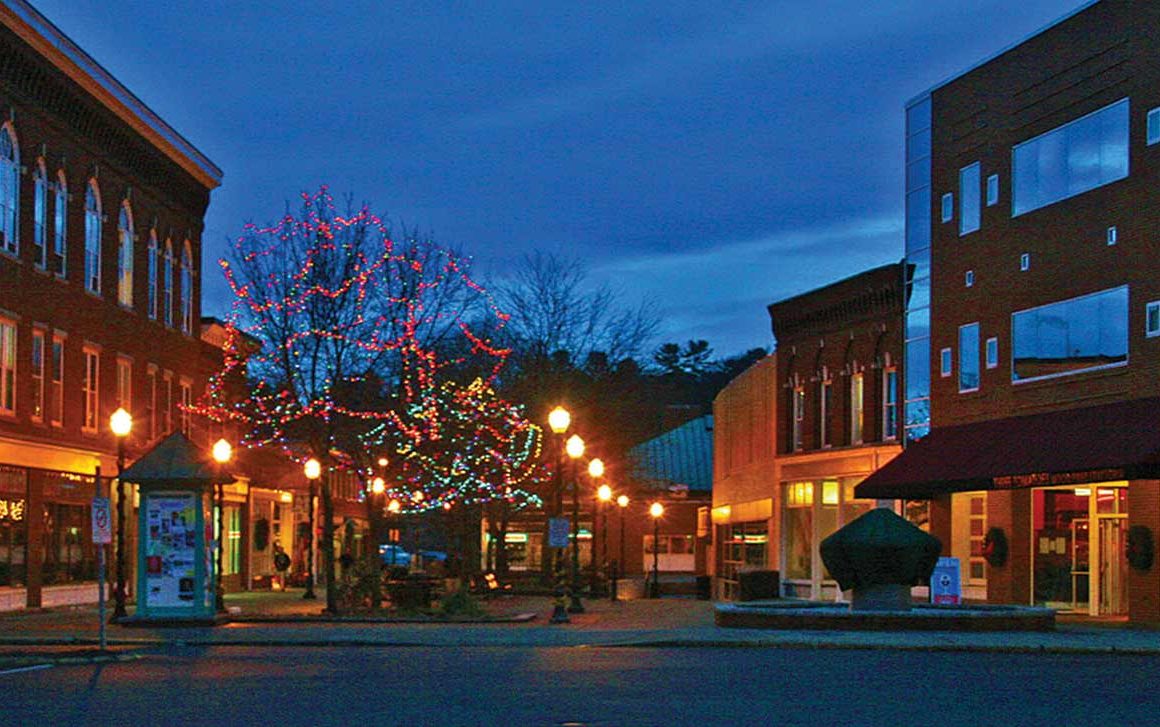 The holiday season is upon us, and for millions of Americans, that means food, friends, and family – and sometimes uncomfortable conversations deftly avoided by offering another serving of apple pie. In Lebanon, the City government is bucking that trend: a recent visit to City Hall by Braver Angels – a nonprofit dedicated to bridging partisan divides and finding common ground – is part of a series of moves meant to help the City come together during a time of increasing polarization.

When former state legislators Doug Teschner and Patricia Higgins sat down with Lebanon’s City Councilors and other City officials in late September, it was as a part of an initiative called “Braver Politics.” Unlike those of us sitting around the dinner table, our elected officials aren’t able to simply change the subject when the conversation gets uncomfortable – it’s their job to meaningfully engage with the concerns of their constituents, after all – but the lessons offered by the seminar could be useful to everyone. Higgins, a former Democratic state representative, stressed the importance of making people feel heard before trying to make your point. Teschner, her counterpart (a former Republican representative), directed participants to large, bold words printed on a handout next to the phrase “The Prime Directive: connect first, then explain your view.”

Over the course of two hours, the Councilors and officials broke into groups to practice the various steps, which included acknowledging others’ points, appreciating where they’re coming from, and agreeing wherever possible before making one’s own point, but much of it boiled down to the difference between listening to understand as opposed to listening for the most controversial points – the best ammunition to use to return fire. For City Manager Shaun Mulholland, who arranged the seminar, the invitation was part of a broader strategy to build a “skill base” that’s needed for a fast-growing city like Lebanon.

In an interview in October, Mulholland explained that these moves began with the New Hampshire City Manager’s Association “challenging managers to take action” in response to the national conversation taking place on race and equity, but he also stressed the preventative nature of these moves.

“We don’t have a particular circumstance…we do not have a crisis here [in Lebanon]. We don’t want one, either. We want to get ahead of this,” he said. A part of that, he added, is bringing programs like Braver Angels to Lebanon, “so we have the skills when we need to have difficult discussions.”

Other parts of this broader strategy have included steps like Race, Equity, and Leadership (REAL) training through the National League of Cities, and the recent creation of a Diversity, Equity, and Inclusion (DEI) Commission for the city.

The DEI Commission is composed of City Councilors and volunteers. It was created late last year “to enhance the City’s support for a welcoming environment by encouraging cooperation, tolerance, and respect among those living, working, and visiting the City.” It serves primarily as an advisory board for the City Council, while also helping to organize events, like multicultural elements of the Lebanon Opera House’s Nexus festival this past summer. They have also reviewed the City Code and Charter for gender-neutral language and recently weighed in on the housing situation in Lebanon, encouraging support for more affordable housing in the area.

The commission is currently running a survey on people’s experiences with discrimination in the city (which can be found at tinyurl.com/DiscrimSurvey), in an attempt to gather information on where their efforts are best directed. The survey asks whether the people living and working in Lebanon feel they have been treated differently than others – and if so, why? In a recent interview, Bise Wood Saint Eugene, vice-chair of the commission and family services coordinator at LISTEN Thrift Stores, explained that fact-finding is an important first step for the DEI Commission: “If you can’t measure it, it doesn’t exist,” he said, adding that “without people sharing their stories, we can’t assume anything.” He also stressed that the survey isn’t exclusively about race, but about all forms of identity, including income, disability, gender, and more. He wants respondents to think about their identities as things that overlap, “like being a single mom or dad with multiple kids in the Upper Valley (where daycare spots can be really scarce and exorbitant when available),” or being someone “without a college degree.”

“We ask about people’s experiences with discrimination,” said Emily Walton, the Commission’s chair and associate professor of Sociology at Dartmouth College, “and then a follow-up question that is, ‘what do you think that discrimination is based on?’ It could be something like your ancestry, gender, age, accent, sexual identity, a disability…those are things that we can all relate to.”

The point of the survey is to build a greater understanding of the concerns of the people who live and work in Lebanon, to learn about their shared struggles in an effort to build trust and empathy. “If you can relate” when you hear someone else’s story, says Saint Eugene, then “take a moment to think about it and say wait a minute, ‘this is my story,’ something might click.”

Another example of Lebanon’s efforts toward empathy and community was seen on the 19th of June, during the city’s first Juneteenth celebration. Though it only became a federal holiday in 2021, Juneteenth has long been a day for celebration in the country’s Black communities, marking the day in 1865 when Union forces arrived in Galveston, Texas to announce that all those who had been enslaved up to that point were now free. While many Americans are taught that slavery ended with the Emancipation Proclamation, in reality, it took time for the law to be enforced. For this and other reasons, the Juneteenth Steering Committee wanted the event to be “as educational as possible,” according to Alisha Robinson, who, in addition to being a member of the DEI Commission, also serves as the DEI program coordinator at Alice-Peck Day Memorial Hospital and as chair of the BIPOC employee resource group for Dartmouth Health.

According to Robinson, they wanted to bring the community into the special day together with a common understanding, explaining to everyone, “this is why this celebration is important to the Black community, and this is what it means.” Tia Winter, a clinical social worker based in Lebanon and member of both the DEI Commission and the Juneteenth steering committee, added that they wanted people to feel more connected to their own, local history, inviting Lebanon’s City historian to give a talk about the day in relation to the city’s past.

They “really wanted it to be celebratory,” she added, “without any feelings of shame.” “It was great to see how interested the community was,” said Robinson. She noted that while there weren’t any official crowd counts, the New London Hannaford donated cake and drinks – and Hannaford staff donated their time to serve them – for 150-200 people, and there wasn’t any left at the end of the event. “It shows that our community is working together on these issues and that it’s important to all of us,” she said.

At the heart of all these efforts is the idea that empathy, education, and meaningful engagement are integral to the building and maintaining of a community. So this holiday season, whether it’s in Lebanon’s City Hall or at your own dining room table, remember that as the Braver Angels say, it’s important to “connect first.”