Garden Clubbing: The Antidote To Civilization 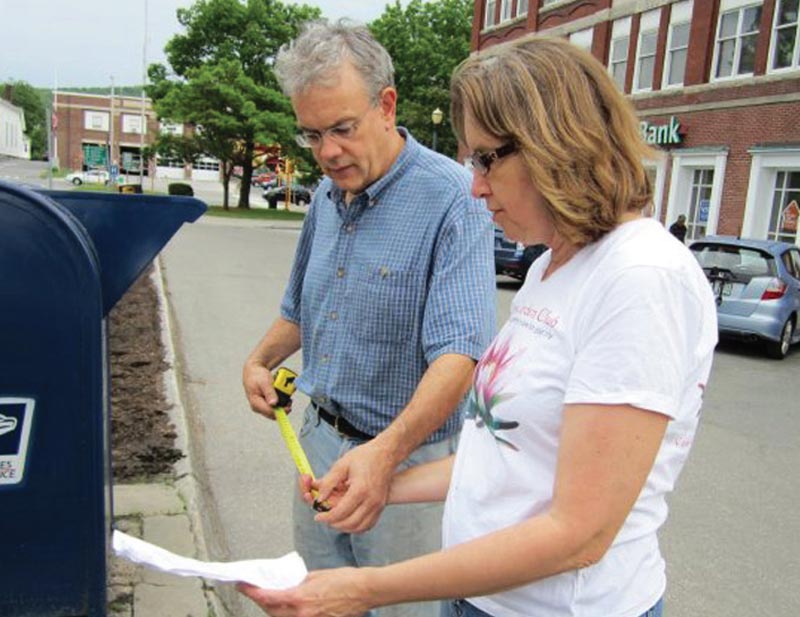 When Kathy Petuck joined the Lebanon Garden Club in the late ’80s, she and her husband Clifton Below were the youngsters, and the club had a strong social aspect with monthly meetings and guest speakers. Since the club’s founding in the 1950s, the seasoned gardeners of the time had been enjoying each other’s company around their shared love of gardening. The group planted hundreds of flowers for the many public gardens in Lebanon and West Lebanon.

More than 60 years later, Lebanon Garden Club members are still planting around 600 plants each spring, providing Lebanon residents and visitors with joyful mounds of three-season color. Kathy is now mentoring other gardeners, along with gardener and long-time Lebanon resident Kathy Elfstrom, working with 10-20 volunteers. “Over the years, many of the club members who were our parents’ age when we joined dropped off, and people lost interest in the social aspect. I think that’s happening to a lot of social organizations because people are so busy,” Kathy Petuck reflects. Still, the club is eager to welcome new members who have an interest in gardening and community service.

Gardening as an industry is alive and well according to the National Gardening Survey, which estimates that more than six million people nationwide took up gardening last year, most of them between the ages of 18-34. Public gardens are receiving more and more attention from a broader, and younger, audience. A “New Perennial” movement is sweeping the industry, and designers are creating wild gardens using naturalized plantings, pollinator plants, and less formal plans. New York’s Highline Garden is a prime example. Designed by Dutch landscape architect Piet Oudolf, many of the plants were selected based on what historically grew wild on the abandoned railroad line, and it boasts more than 7 million visitors each year.

Meanwhile, back in Lebanon, the core group of today’s garden club volunteers still finds time for spring planting, and weekly weeding, watering, and deadheading during the summer. Downtown merchants help to fund plantings, and others are inspired to help as well. Richard Wallace of Omer and Bob’s is an active participant in planting, watering, and weeding the gardens on the Lebanon Mall. Other partners include the City of Lebanon, which supplies mulch and removes debris in the spring and fall. The club has also received discounts on plants at Frost Gardens, the former Longacres Nursery, and Edgewater Farm.

The club collaborates with the Lebanon Fountain Committee on plantings for the city’s growing inventory of fountain sculptures. The fountain in front of Three Tomatoes Trattoria was restored in 2015 as part of an effort to reclaim the City’s historic designation as “The City of Fountains,” but it was formerly planted by the garden club with hundreds of beautiful annual flowers.

Lest you think that being a member of the Lebanon Garden Club is all work and no play, rest assured that members have time to visit each other’s gardens for inspiration and socializing throughout the summer. Kathy notes that new members come and go as new people move in and out of the area. “We used to have monthly meetings with speakers at the Marion Carter Home, which were well attended.”

Each spring, club leaders look over previous designs and evaluate what worked and what didn’t. “Kathy Elfstrom has a great eye for color and I’m good at estimating numbers,” says Kathy Petuck. What are some of the Kathys’ top picks for successful annuals? Try tall blue ageratum and sunflowers for starters. Kathy has found that plant selections today are different than in years past. “A lot of plants have changed over the years. Cleome, for example, is sometimes like a big green Christmas tree without flowers, and for a long time we had alyssum that would self seed every year and grow back, but today’s alyssum doesn’t grow back.”

Still, there are plenty of new plants to try, and the prescient conversation of the day in horticultural and extension research circles is all about plantings that support native pollinators. University extension agencies and commercial growers are actively educating gardeners and horticulturalists on how to attract beneficial butterflies, bees, beetles and, yes, even the common housefly. Why? Insects, and bees in particular, play a vital role in maintaining healthy agricultural ecosystems. The message now is ‘No Bees, No Food.” The Vermont Legislature’s Pollinator Protection Committee addressed the issue in 2016, and its recommendations focused largely on pesticide and land management to protect native pollinators and reverse the state’s declining bee population.

Whatever the flowerbed design, residents and visitors to the City can enjoy the creative work of the Lebanon Garden Club members in more than a dozen locations. “We do the Little Girl fountain, the long bed by the bank, most of the beds on the mall, railroad bed traffic islands, the Carter Home, Colburn Park Memorial beds, and occasional information booth maintenance,” says Kathy. In 2011, club volunteers installed a new bed called “The Garden of Hope and Courage” on the Lebanon Mall to honor the 40th anniversary of WISE, a Lebanon non-profit.

Kathy and the rest of the current garden club enthusiasts would love new members and people with ideas and time. With 60 years of history to celebrate, the club is ready to start mentoring the next generation of volunteer gardeners! For more information and to view additional photographs, check out the garden club’s Facebook page.