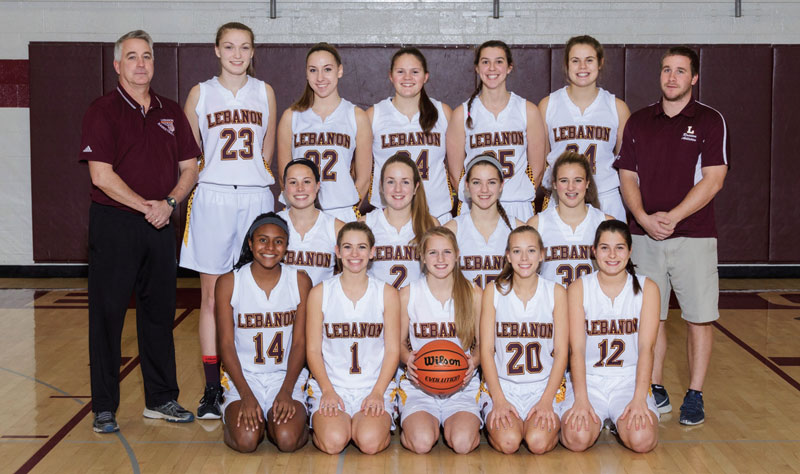 Lebanon High School has a long-standing tradition of producing simply outstanding student-athletes. That should go down as an uncontested statement. However, this past winter sports’ season those student-athletes who wear the maroon and gold on the basketball court have reached the apex of success.

The Raiders basketball teams, both the boys and girls teams, swept through their NHIAA Division II opponents to bring home two state championships. If you follow any sport, you quickly realize just what an amazing feat that represents. In the Granite State that rare accomplishment has only taken place 19 times since the NHIAA started keeping records back in 1970.

However, winning both titles should not come as a surprise to Lebanon fans. Lebanon has been a hot bed of hoops for a very long time. How do you build winning programs? Simply get great coaches. To back that statement up, consider another mind-blowing fact: current girls coach Tim Kehoe went over the 500th win mark this past season while boys coach Keith Matte recorded his 300th win. That is a stunning 800 wins between the two, an unheard of number when normally 100 wins is considered quite a milestone. Now here is the real chart topper in this story. The Lebanon boys have only had two head coaches in 56 years!

Can’t mention Lebanon basketball without dropping the name of Lang Metcalf. That legendary mentor racked up 507 wins during his colorful career. I recall all too fondly watching Lang prowl the sidelines wearing that handle bar mustache, a fierce scowl on his face and maroon towel around his neck. In the dictionary under “intense,” you would find his name in bold letters. After the final whistle blew, he converted to the warm, easy-going gentleman that made him a beloved figure.

I can now officially declare Lebanon as the high school basketball capital of the Granite State! There is another huge reason for all that success that often goes unnoticed at times. That would be the CCBA recreation center in downtown Lebanon. Lebanon kids from grade school on up have spent countless hours there developing their hoop skills. Indoor and outdoor courts are always busy especially in March when they host the Karp’s Basketball Klassic featuring teams of all ages. That classic just wrapped up its 38th year and is going strong. Then there is all the AAU basketball played at the CCBA along with countless youth programs. 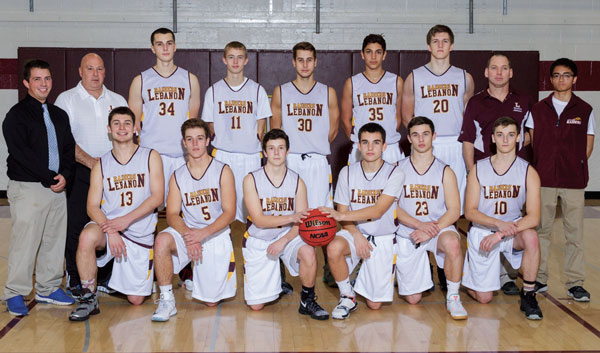 CCBA Sports Director, Kevin Talcott, who is one of the region’s premier basketball officials, summed up the hoop connection with Lebanon High perfectly.

“I wish I had a place like the CCBA to go to after school when I was a kid,” he stated. “So many times you see kids of all ages – and adults for that matter – shooting hoops here inside and outside.”

Now having been a sports writer, sports editor, radio and television announcer for many, many years, I recognize that Lebanon’s hoop success is merely a small fraction of what makes Lebanon High School excel in athletic and academics. Lebanon High gained national recognition especially from the NICHE website which ranks 14,000 public high schools based on statistics and collecting millions of opinions from students and parents. NICHE ranks Lebanon 18th out of 82 schools in public schools in New Hampshire and an overall grade of A-. That grade covers academics, teachers, club activities, diversity, college readiness, and health and safety. The most critical part of that grade is the fact the Lebanon has a 95% graduation rate.

Lebanon currently offers some 16 varsity sports. All have achieved outstanding success. Space restrictions prevent me from listing them all. It would literally take several pages, but here are a few recent achievements. My good friend Rob Johnstone, Lebanon boys soccer coach, was named to the NHSCA Hall of Fame. A long overdue award! Lebanon sophomore Ryan Sullivan will be headed for Australia this summer to compete in the Down Under Track and Field in Brisbane, Australia. Also, being an avid tennis player, I particularly enjoyed seeing the Lebanon boys tennis team take the championship last season by knocking off perennial champions, the Hanover Marauders.

Again, it is impossible in this edition to feature all the Lebanon achievements in both athletics and academics, but in each edition of the Lebanon Times I will attempt to keep pace. Time for summer and baseball!

« Previous post
Hand to Heart
Next post »
Volunteerism in the Digital Age: LHS Alumni Looking for Next Gen