Volunteerism in the Digital Age: LHS Alumni Looking for Next Gen 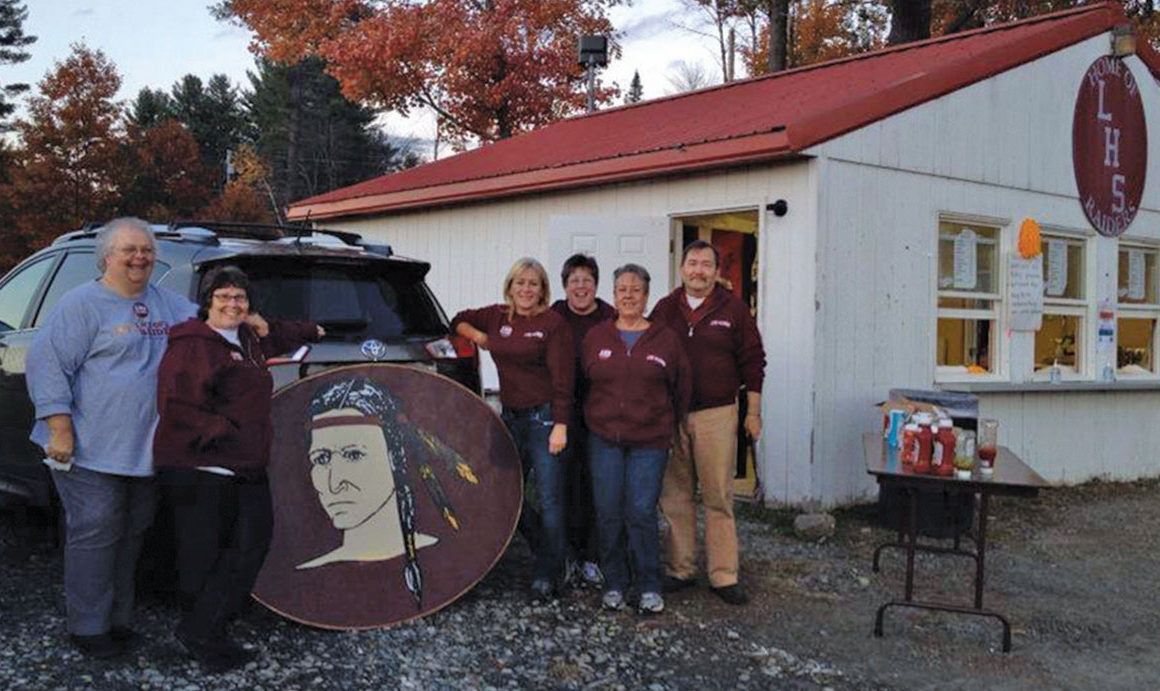 At 65 years young, the Lebanon High School Alumni Association is among the City’s oldest community service organizations. If you’ve been anywhere near Colburn Park in mid-June, you’ve likely come across the association’s multi-faceted and colorful alumni parade weaving through downtown Lebanon, dating back to its founding in 1952. 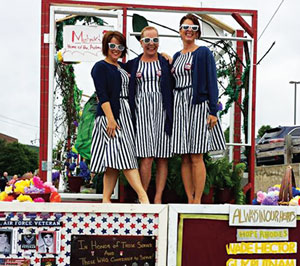 This alumni float honored classmates who serve in the Armed Forces as well as those who are ‘always in our hearts.’

Like many social and civic organizations around the country, the LHS Alumni Association is eagerly seeking out the next generation of leaders to sustain its community service activities, and finding ways to navigate alumni recruitment in the digital age. With more than 1,400 members on its Facebook page, the LHS Alumni Association is an extensive and active network of Lebanon High School graduates from around the country. Still, the average age of the current leadership is 61, and “It’s time for new blood,” says Association Treasurer Susan McBain ’72.

National volunteering trends suggest that young people are actively volunteering, just not in the traditional ways that their parents did. According to Points of Light President Tracey Hoover, many younger volunteers serve their communities through paid outreach opportunities at work, online crowdfunding for causes they believe in, and by purchasing goods from socially responsible retailers. These trends could mean that community service organizations need to explore unconventional strategies to sustain their good works.

For the LHS Alumni Association, the fun of connecting for the annual parade float contest still holds appeal to the majority of the membership. “The Alumni Parade is flourishing,” says McBain. This year’s theme is “Celebrating 1952”, and there are already seven floats entered ranging from the Class of 1957 to the Class of 2002. Members of the current graduating class and other classes on a five-year rotating schedule spend weeks designing and constructing elaborate floats and costumes. The association holds funds from some graduating class treasury that can in turn be used to build their floats. McBain says it takes roughly 15-20 years for graduates to actively engage in alumni activities because they are busy attending college and starting off in their careers. 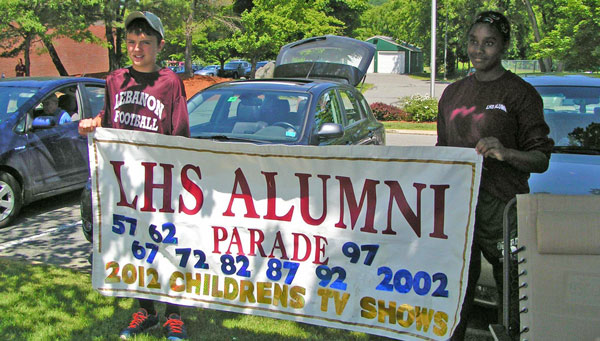 The lag time for new graduates to become involved can be a challenge, says McBain, but the association stays in touch with members using social media and email, and sends an annual newsletter by regular mail. Connecting with other area alumni associations to share ideas and compare notes on how to keep their memberships growing also helps the organization stay in touch with potential new members. 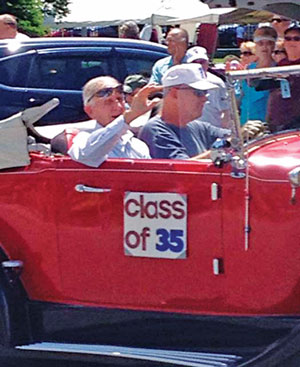 The wide array of educational and school improvement projects the association provides is impressive. The annual golf tournament (in its 8th year) and membership dues support a $4,000 annual scholarship and individual awards of $500 for books. Additional funds are used for projects like shirts for the LHS band, tree plantings, and re-dedication of school gymnasiums to honor long-time Lebanon coaches and teachers Lang Metcalf and Linda Preston. Local members volunteer at sports events and Storrs Hill Ski Area, and support the senior class in getting a truck and trailer for their inaugural Alumni Day float. Association President, Dianne Moody Grant ’69, is concerned about the succession plan for recruiting new members. “We are very dedicated to giving back to the school community, but we’re not sure how much longer we will be able to contribute if younger graduates don’t become involved.” 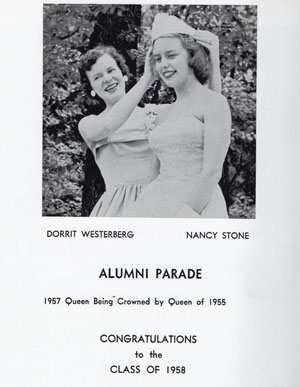 McBain, who graduated in 1972, says her class is still very active even 45 years after their graduation. “Back then we knew everyone’s parents and maybe even the grandparents. We were all ‘locals’. Many of the students today are from families that are brought to the area by employment, and when the job is done, they move on.” That can’t be said for the oldest active alum, Wayne Follensbee, Class of 1936, who pays an annual visit to Colburn Park on Alumni Day and consistently keeps up with his $10 dues payment! 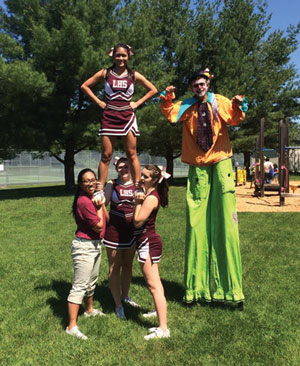 John Peck on stilts made by Jon Putnam, both class of 1970

It’s also encouraging that the youngest active alumni member is from the Class of 2013. Perhaps this bodes well for the future, and maybe the Class of 2013 can be the first to explore a crowdfunding project to build on the foundation that’s been established by their predecessors. After all, everyone loves a good parade!

Cindy Heath is a graduate of Littleton High School Class of ’76 and remembers winning and losing in hotly contested basketball games between the Littleton Crusaders and our archrivals, the Lebanon Raiders.
Share:

« Previous post
Lebanon High School Athletics Grab the Spotlight
Next post »
Lucky All Around: New Coffee Shop on the Green