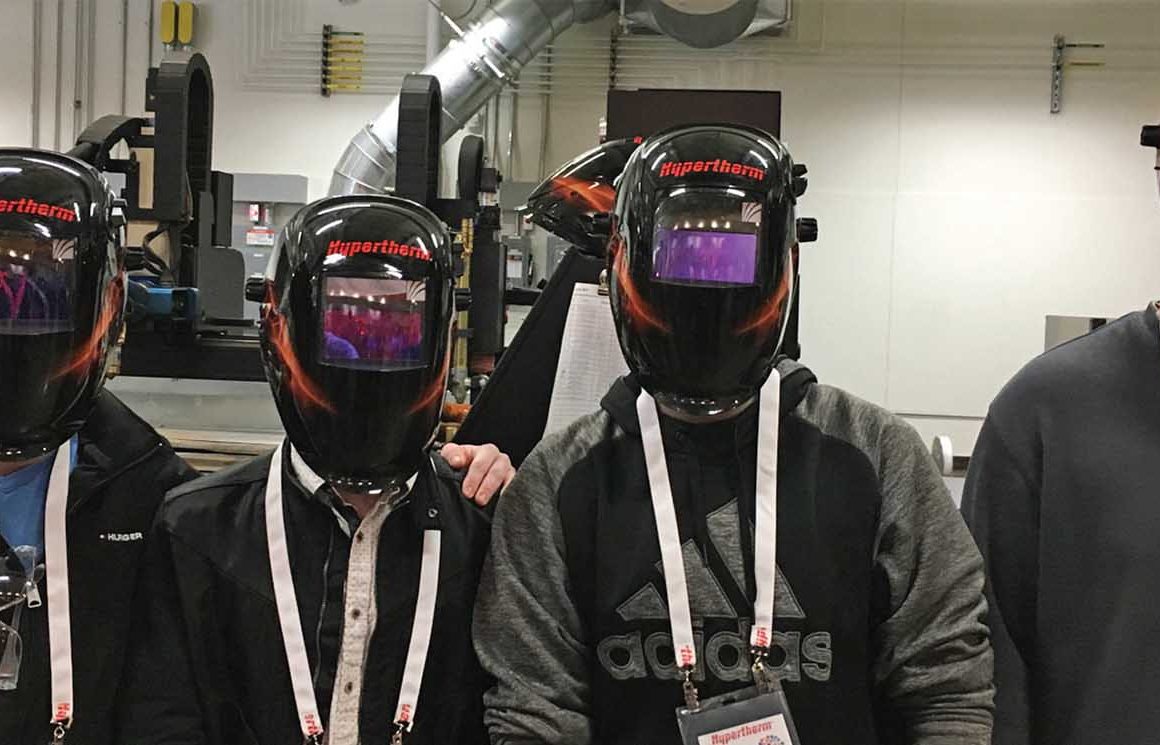 Many people don’t know there are good jobs in manufacturing, right here, says Chris Hamilton of Fuji Dimatix, which invents and produces commercial-quality inkjet printheads. Kids can buck the trend that says they have to leave the Upper Valley to find a good job after high school. Next fall, a pilot program bearing the impressive name STEM Internship: High Tech Manufacturing and Engineering, will link 16 Lebanon High School seniors and some students from Thetford Academy with Hypertherm and Fuji in a semester-long internship. “The program covers the entire business,” explains Tim Renner, a team leader at Hypertherm’s tech training institute. “Students will learn about manufacturing and engineering, and also accounting, marketing, and human resources.” Hypertherm asserts it creates “cutting and gouging solutions that can make anything possible.” Aside from being useful, the process sounds like fun.

Students will spend the afternoons of their fall semester rotating through various areas in the two companies. The program is plenty of work; students will earn math, science and elective credit. “STEM is a real interest of mine,” says SAU88 Superintendent Joanne Roberts. “I’ve been working on this, really, since I started here, almost four years ago.” As the links with Fuji and Hypertherm developed, curriculum experts worked to outline the subject matter students would be responsible for, and the assessment tests they would have to pass.

“It was an intensive 18-month process,” says Lebanon HS curriculum director Bonnie Robinson. In addition to broad educational goals, program developers also covered details like bus schedules. They created a student handbook outlining unexpected rules such as “No open-toed shoes on the shop floor.” There were plenty of variables to juggle, Robinson points out, since there are two companies, two schools, and even two states (with more than two different regulations!)

There are various other job-shadowing, or vacation-week mini-programs in the district, but “this program is unique, really, in the entire state,” says Superintendent Roberts. Robinson adds, “It’s longer – a whole semester – and it’s a class, for credit.”

The selection process was extensive. After a presentation to the entire Lebanon junior class, about 40 interested students went on a field trip to the company sites, and filled out an application. “We were looking for a range of abilities, in math and other areas,” says Robinson. Variety of perspective and experience gives the greatest opportunity to develop and hone ideas, and the students will often be working as a team.

Chris Hamilton, now working in production at Fuji, worked for Hypertherm for five years after high school. Then he took a break to follow his dream of teaching, spending a year in France and two in Colombia. He looks forward to combining his skills in the factory and the classroom. “We’ll be showing the kids about jobs, yes, but our real motivation is to help out in the community,” he says. The excitement is palpable in his voice when he talks of the growth spurt Fuji is undergoing. (The company has about 750 employees.) “And,” he adds, “we’re going to show the kids how innovation works.” 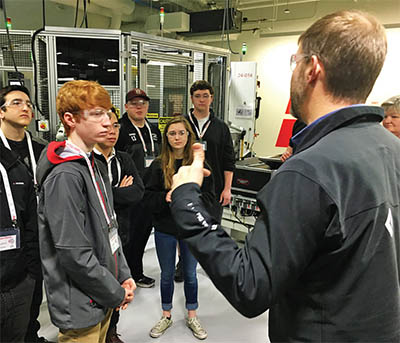