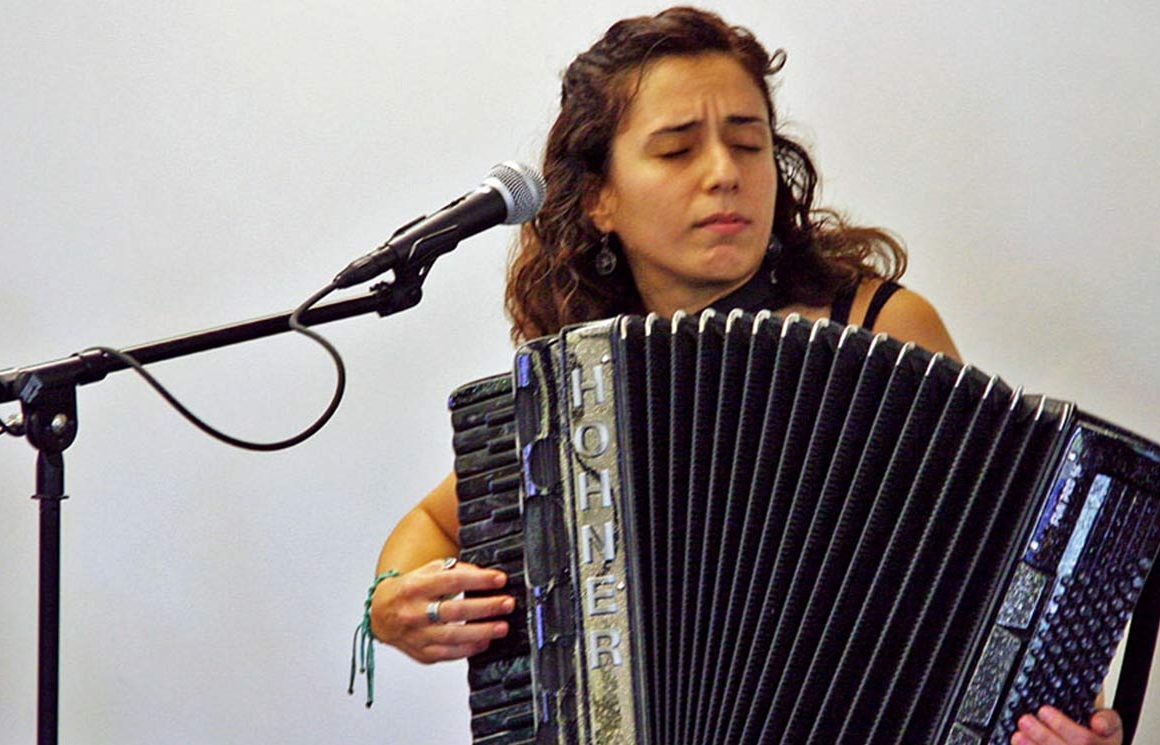 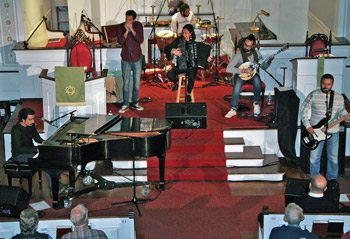 The musicians were part of a band from Cairo, Egypt who were making their American debut. The group was led by Youssra El Hawary, a singer/songwriter who playfully blends the sounds of Cairo’s underground music scene with French chanson, Indie rock and jazz. She proved to be a captivating performer who plays the accordion while singing original songs. The Upper Valley tour began with a performance at Lebanon High School to treat the music students and others, followed by a another appearance for the Dartmouth College music department at the Hopkins Center for The Arts. Before departing the area, the band gave a stunning farewell concert at Lebanon’s First Congregational Church.

The reception by area music devotees turned into a rewarding experience for all involved, including the band itself. Perhaps the music was a new concept and the lyrics were in Arabic, but the message remained the same. Music is indeed universal. How did all this musical magic come about? Joe explains.

“The band embarked on their US tour this Fall thanks to a program called Center Stage. Center Stage is a partnership between the US State Department and the New England Foundation For The Arts. Every two years they produce tours from a handful of artists between two countries in conflict and this round featured Egypt and Ukraine. I have long admired Center Stage and decided this was the year the Lebanon Opera House would jump into the mix. Once the show was booked, I worked with the band’s managers to develop an enriching residency in the Upper Valley. It was great fun drawing on my experiences doing this kind of work at the Hopkins Center at Dartmouth.”

“Youssra El Hawary is a very talented artist and it was wonderful having her band come to our school to perform for our students. I was particularly excited that the band so openly discussed what their music was about. They answered thoughtful questions from our students and together we were able to discuss similarities and differences between our music and cultures.” Lauren said.

The musical exchange tour proved to be a true highlight for the band, as well. Youssra El Hawary pointed out that for her and the band, it was an equally rewarding experience. 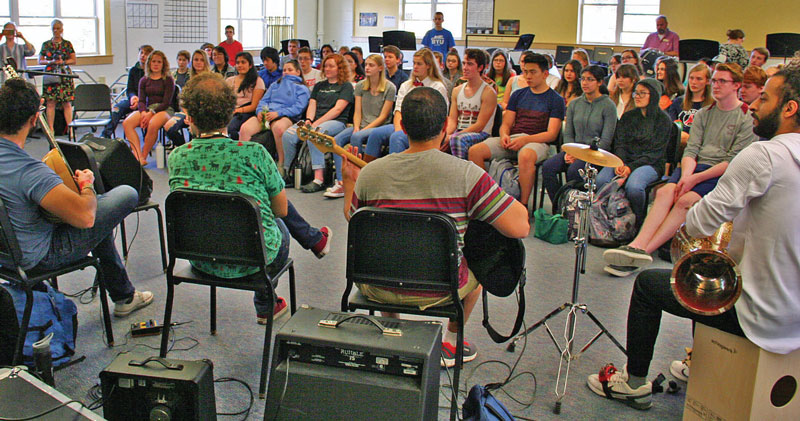 “We were delighted to see that everyone was so interested in our music and our culture,” Youssra explained. “The people here are so open and friendly… it is amazing! What people may not realize, however, is that in our native Egypt, American music has a huge following. Our band members all grew up listening to all types of American music including Rock ’n’ Roll. My favorite growing up was Michael Jackson! We were most delighted with all the feedback we received and the reaction to our performances.”

Joe Clifford now looks toward the future and the prospect of presenting more cultural events for Lebanon and the surrounding communities.

“Given my extensive background connecting artists and audiences through contact and content, I hope to continue this kind of engagement at the Lebanon Opera House at least once per season. It’s our mission to serve as the Upper Valley’s community arts hub and Lebanon’s shifting demographics.”