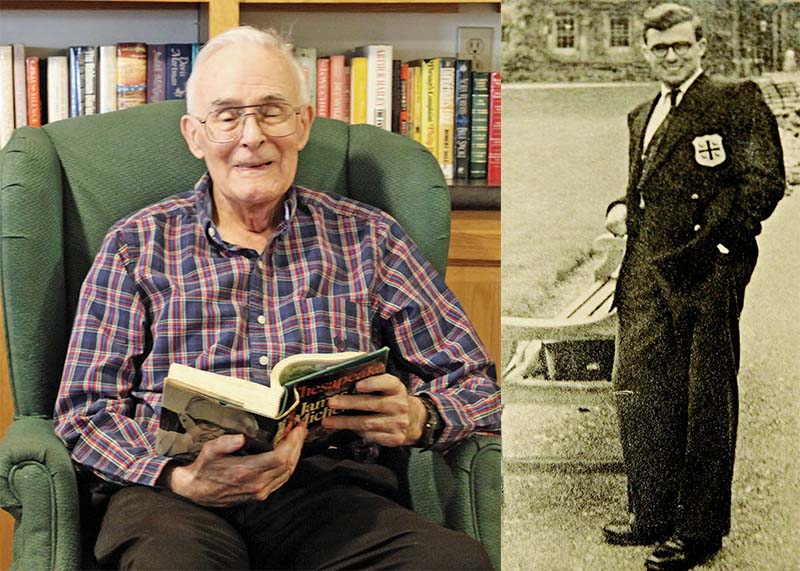 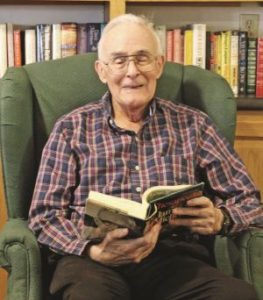 Derek Sturges, ever a student of the world

Derek was born in Southgate, England, a suburban area just North of London but has spent most of his working career in the United States as a highly sought after Electrical Engineer. The well-traveled gentleman now resides at the Quail Hollow Senior Living Community in West Lebanon and after visiting exotic locations worldwide, he explains how this area was his choice in retirement.

“I have a son, David, who lived in Grantham, N.H. and has recently moved to Lebanon. I had other options with family to seek a retirement community in Atlanta, GA or Boston, MA. After looking at the pace of life in Atlanta and Boston along with the insane traffic and congestion involved in those areas, I came to the Quail Hollow community in West Lebanon. Once I looked at this area, I breathed a huge sigh of relief! This suited me very well.”

Derek is known to his fellow Quail Hollow residents as that nattily dressed gentleman with the soft English accent who will spend countless coffee hours sharing his fascinating stories about his life experiences. Here are some of the reasons why those tales have gained so much interest.

After graduating from high school in England, Derek was drafted into the Royal Air Force and 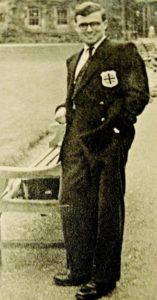 Derek as a student at Oxford

served from 1953-55. That proved to be a fortuitous move. “I always had a vested interest in aviation so that move suited me. Fortunately for me, England at the time was not at war with anyone so it was very peaceful tour of duty!” he added with a chuckle.

From there, Derek began his educational conquests by enrolling at the University of Oxford in his native England which is considered one of the most prestigious Universities in the world. He acquired what was termed a Bachelor of Arts in those days studying Physics. From there he moved to the United States to take a teaching assistant position at the University of Minnesota from 1958-1965.

From there Derek returned to native England to take a teaching, testing and research position at Birmingham University. After a three-year stint there he faced a difficult decision for his future.

“I was married and with family considerations. You have to realize the standard of living in England is much lower than here in the United States. The difference in earnings was considerable so I kind of ‘sold out,’ if you will, and returned to America. I was very happy with that decision, especially financially.”

Back in the USA, Derek took a position with the General Electric Corporation in Lynn, MA to tackle non-destructive engineering. He was then transferred to the Aircraft Division and was named as a Traveling Consultant. That position literally took him all over the world to such countries such as Australia, Germany, Sweden and Italy to name a few. His visit to Italy had a huge impact. “There was a gentleman in Milan, Italy who traced my English family history and, to my shock and amazement, I discovered I had an Italian great grandfather and, in addition, I met a living cousin in that village that I had no idea I had. What an experience!”

In addition to his incredible life story, Derek is an avid photographer and has acquired working knowledge of the French, Italian, German, Danish, and Swedish languages. Stop by and chat with him sometime, but allow ample time, as his stories will keep you mesmerized!