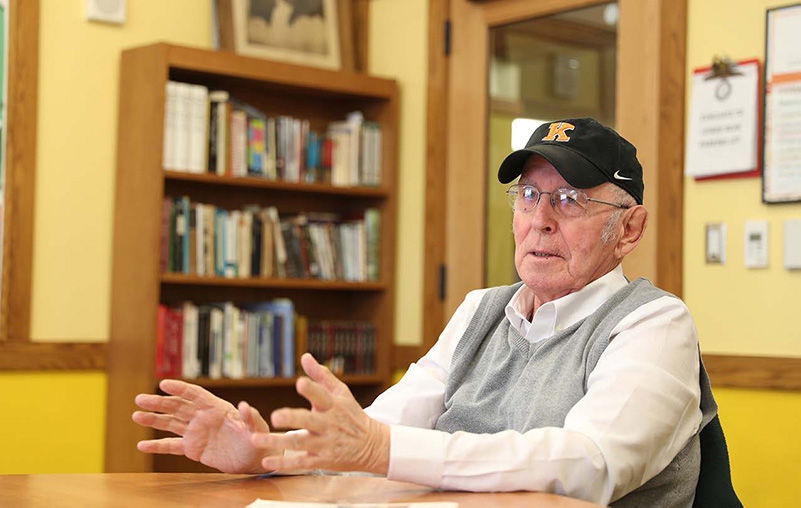 My passion for journalism and photography has carried me down a long, winding road filled with adventures (and misadventures) that I will cherish forever. As much as they mean to me it’s always so delightful to share them.

Once again, thanks to Kimball Union faculty member, Darrell Beaupré, I was offered the opportunity to share precious moments from my career when he invited me to speak to two of his classes. Darrell explains the concept:

“One course is titled Baseball in Literature and Film. I started it as a senior elective about five years ago. I also had Mr. Nelson attend my Voices from New England class which deals with local writers and speakers. I usually teach both classes each spring.”

Having been a sports writer, sports editor and photographer, the baseball class was a natural. In addition, I was offered an opportunity to expound on the later part of my career involving feature stories about unique individuals in the region for Greater Good Media and other publications.

There was an obvious generational gap to be overcome, but that quickly disappeared! Here I was face-to-face with the ‘new millennials’ and it was a delightful experience. Basically, the visit once again reinforced my faith in this generation of students. I came away convinced our future has been placed in good hands. The questions they asked were well thought out and at times had me pausing to formulate a good answer. Overall, it made me wish I could go back in time and join them!

I wanted to extend a huge thank you to Darrell and Kimball Union Academy. Here are two student essays… 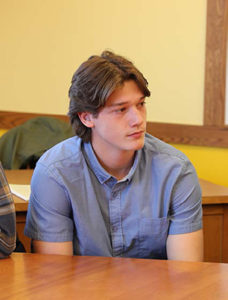 David Nelson, from the beginning, found passion in his life through sports writing and photographing. After speaking with the writer himself, I learned that it was not just given to him, but that he had to work hard to earn himself a respected spot in the sports journalism and media world. This was easy for Nelson, however, as he told of how sports journalism never seemed simply like a job to him because of how much he enjoyed his time at it.

Not everything about a job can be perfect – even if you do love it – we learned as Nelson described a few of the challenges that come along with sports journalism. In particular, he told our class a story about how he did a column that referred to field hockey as a “boring sport.” His own daughter in law, a field hockey player, was incensed at the article and demanded he learn how difficult field hockey really is. Nelson recalls that she brought him out on a field, gave him a field hockey stick and ball, and tried to teach him the sport. In the field of journalism and media, some opinions and questions asked will always offend some others, and Nelson understands that; however, he also understands that interviews go by much easier when a connection is made with the person being interviewed. Nelson described a time in which he made a connection with Hall of Fame baseball player, Ted Williams, about fishing before he got to asking sports related questions. Nelson explained how these famous athletes are regular people with regular people feelings, and how easy interviewing is after making that personal connection. 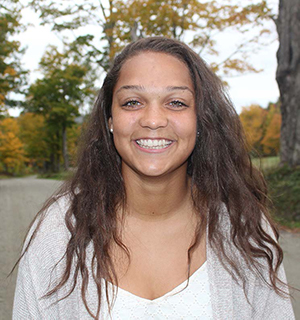 “I’m old school. I don’t believe in making up stories. I believe in telling real stories” says retired sports reporter, Mr. David Nelson, seated at the far end of the Harkness table. Dressed in a Kimball Union baseball cap, Nelson speaks of his diverse experiences within the sports journalism world. Having been a professional in the industry, he recounts numerous interactions, dilemmas, and highlights of his career ranging from ethical decisions of whether or not to run the intriguing yet forbidden story that was captured “off the record,” to harsh realities of the job and victorious triumphs captured on his Canon camera.

While he no longer works for a large company, but rather is a freelance journalist for Greater Good Media, with the freedom of picking and choosing his stories, he reveals his inside perception of the current media status. He speaks to the idea of “sensationalism” seen in today’s media as littered with tabloids and propaganda. He notes the somewhat ethically-declining progression of the industry, as the majority of today’s reporters are “looking for out-of-character comments” rather than focusing on telling the story as a whole. He continues by saying “everybody has their own approach” and “some do all they can to get the story” because that is their job after all, but Nelson sees modern media as a platform for distorted stories and unfair exploitation.

After telling of numerous encounters with celebrities and professional athletes such as Paul Newman, Ted Williams, Aerosmith lead singer Steven Tyler, and the famous recluse, J.D. Salinger, Nelson goes on to say that, with experience, eventually “you get over the fact that they’re celebrities and realize they’re just people, just like you and me.” He is thankful for the places the job has taken him. As an avid Red Sox fan, one of his favorites has been his trip inside the locker room at Fenway Park where he got to sit down and have a beer with Carl Yastrzemski.

While addressing a classroom of high school seniors in their last trimester, about to embark on their own life journeys, he says “work transcends age if it’s what you love.” He continues to say “journalism to me was not a job” but merely a passion he was paid to pursue. His love for photography, sports, and meeting new people has brought him all across the globe, but he says one of his most notable interviews took place in rural Cornish, New Hampshire when he was fortunate enough to meet the world-renowned author, J.D. Salinger. Nelson says how he “would’ve loved to sit down with Mr. Salinger and ask how he came up with his stories” such as Catcher in the Rye, but Salinger was a guarded man, and the conversation was both informal and off the record. This impromptu conversation speaks to the underlying meaning of journalism: to broaden one’s perspective of the world through meeting others. Yes, the story and the headline are important, but the deeper truth is that we are all human and all going about life together.