This Eagle Will Soar 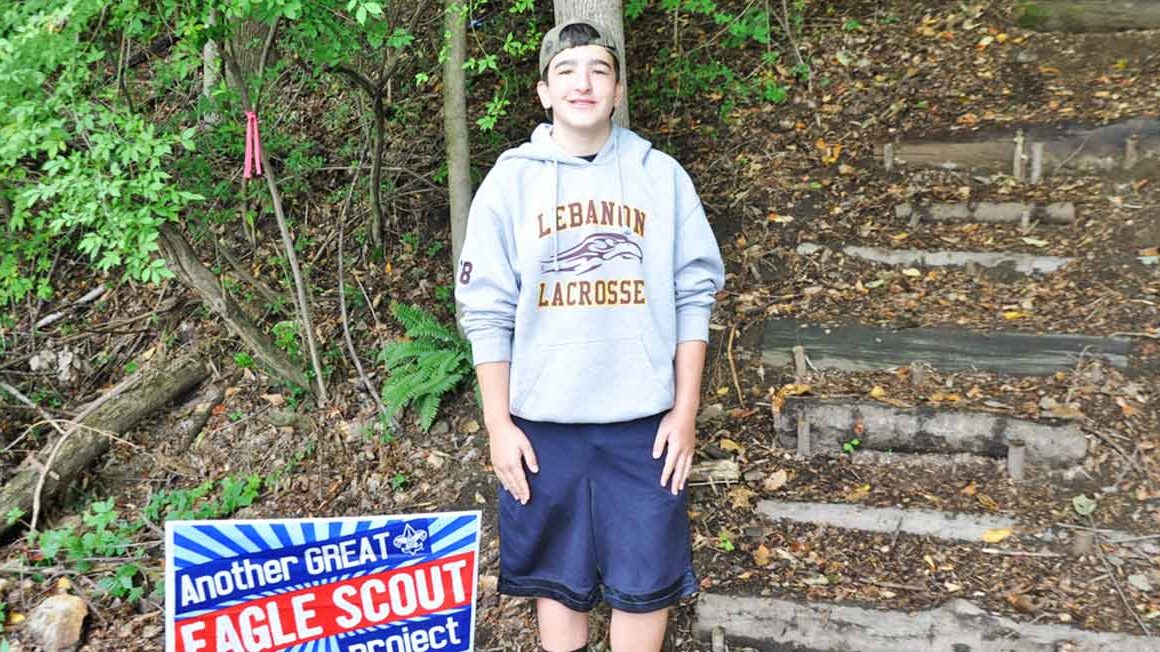 Achieving the rank of Eagle Scout is a goal of many who enter the Boy Scouts, but one not easily attained. According to the National Eagle Scout Association, only about five percent of those in the Boy Scouts achieve the Eagle Scout designation. Along with amassing various merit badges to become an Eagle Scout, candidates must complete a service requirement to achieve that status. 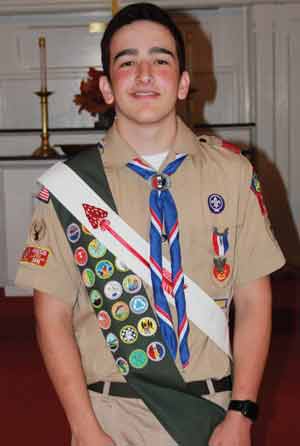 Lebanon resident Justin Rogers recently was awarded the honor of becoming an Eagle Scout, and in achieving the honor, Justin helped students and teachers at the Mt. Lebanon Elementary School by performing his service work component at that school. Specifically, Justin designed and created a trail, and outdoor education area for classes at the school to use.

Completing his service project at the Mt. Lebanon School was particularly important for Justin, as not only did he attend the school, but also his early days with the Cub Scouts often involved meetings at the school.

Working closely with the school’s principal, Eloise Ginty, Justin planned and designed the project, and organized the work crew that brought the project to fruition. Justin’s mother, Christine Rogers, says “It was his initiation, his planning,” in formulating the outdoor classroom project, adding she had great confidence in Justin’s ability to see it through. “I knew he would get it done,” she says.

Justin says he met with Principal Ginty to discuss where and how the outdoor trail and learning space should be designed and located. After the consultation, he developed the plan for creating the space. Ginty asked that any components used in creating the space be from school property. This included the logs used for the benches at the learning site, and the steps created to access the site.

Ginty says she is thrilled the concept of an outdoor class space became a reality. “I had the idea to have an outdoor classroom,” says Ginty, adding that the final product is what she hoped for. With the outdoor class space in place, Ginty says that each week a kindergarten class and a first grade class take advantage of using the site. While using the outdoor classroom, the students “focus on nature,” says Ginty. This focus includes incorporating a seasonal science theme to the classwork, she says. Ginty adds that the outdoor site is also a great place for the students to observe some quiet time while taking in their surroundings. 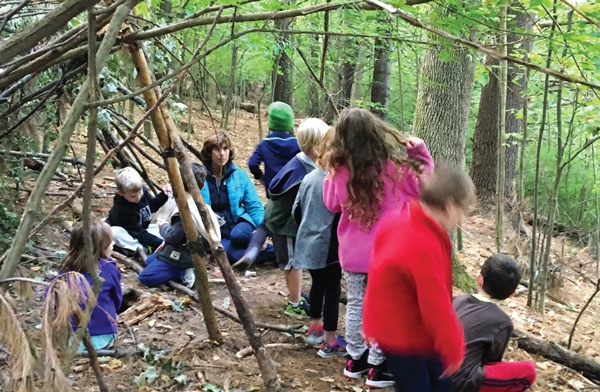 Children learning and enjoying the outdoors

Justin says the actual physical work needed to create the space took place over two summer weekends. The future Eagle Scout headed up the work crew, though he had plenty of help doing the actual trail and class site construction. All the scouts in his troop, and many parents, helped in the work, says Justin who belongs to Troop 279 of the Sunapee District. The physical work performed by the scouts and parents included clearing the area, creating a fire pit and log seats, and creating steps on the trail that leads to the class site. Justin says creating the steps was one of the more challenging aspects of the job. The trail itself was designed in a “Y” formation, with two different forks accessing the classroom site. Ginty has a great appreciation for the work done by Justin and his crew. “It was quite a lot of work,” she says.

Overall, Justin says he and his crew found the work rewarding. “It was a lot of fun. Everything went smoothly; I really enjoyed it.” A junior at Lebanon High, Justin is no newcomer to volunteer service work; he has helped with many service projects through his church.

Working with Justin was a positive experience, Principal Ginty says. “He was excellent, and our communication was great,” she says. Ginty adds that representatives from other elementary schools have inquired about the project, hoping to do something similar at their schools. 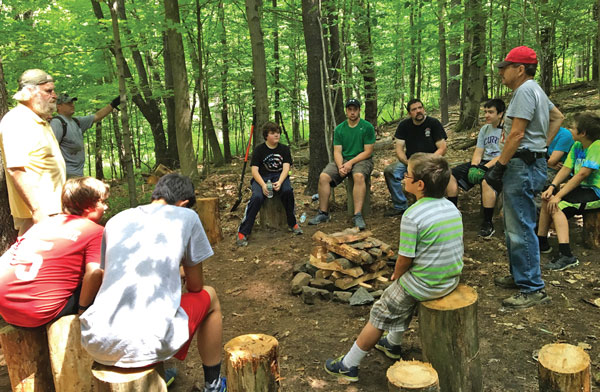 The finished project is a big hit with the students as well. When a class uses the trail, and the outdoor class site, “The kids say it’s their favorite part of the day,” says Justin.

Not surprisingly, Christine has great admiration for her son, and the project he undertook. “I’m extremely proud of him becoming an Eagle Scout, and this project was a blessing,” she says.