Free Speech at a Local Level 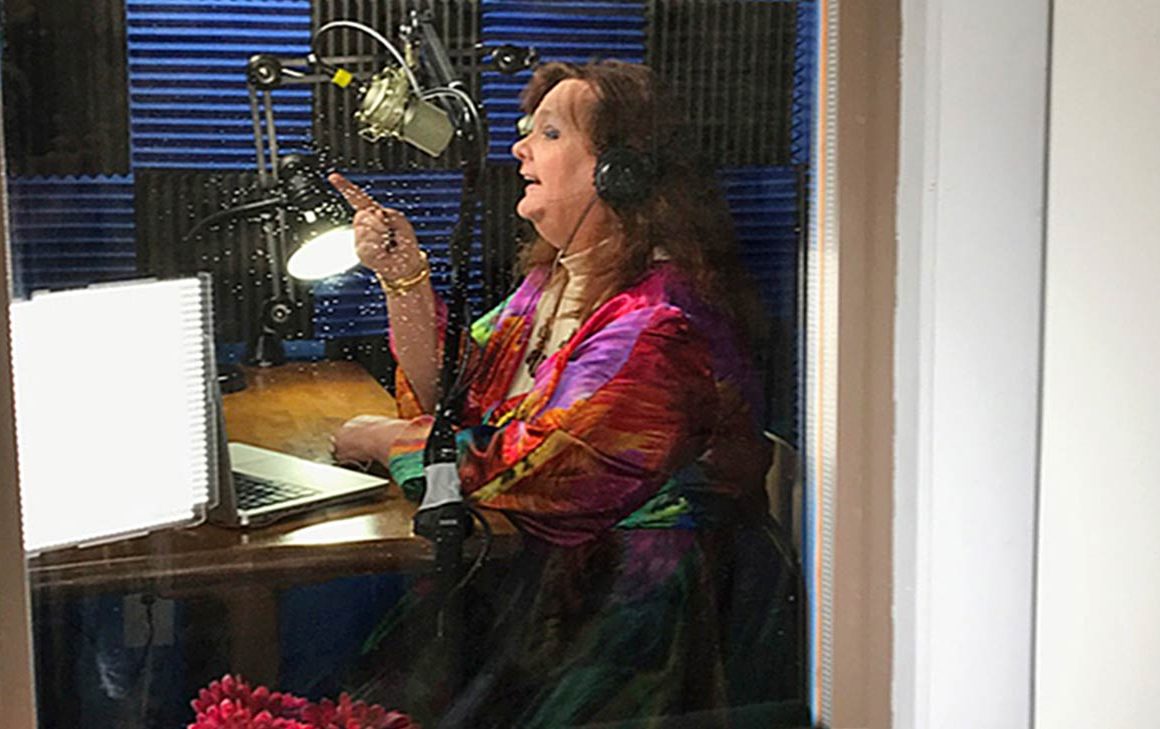 Community Access TV is “a conduit that fosters community connectedness,” says executive director Donna Girot. From its home in White River Junction’s TipTop building, “Its mission is to let all people find a voice. We provide training and equipment to all, for free. When there’s a problem in the community, we help solve it by helping people explain their ideas and points of view.” Donna has been at CATV for about a year. “The job seemed compelling,” she says, “because there are lots of challenges,” including that it’s the only (she thinks) community access station that contractually supports towns in two states.

CATV routinely records and posts the selectboard and school board meetings of the five towns it serves: Hartford, Hartland, Norwich, Lebanon, and Hanover. This task is more complicated than sticking a camera on a tripod and going out for coffee until the meeting is done. Videographers use multiple cameras so they can cover speakers from the audience as well as board members. After the meeting, the recording is put through a digital compression process to make it more compact. CATV uploads the recording to the internet as quickly as possible, knowing that minute-takers and reporters use them to check facts. “The videos provide a record of who said what when,” says Donna. CATV makes available selectboard and school board meetings, concerts and other informational and entertainment programming. More and more people expect to find their information on screens; CATV translates events to a screen medium, making further screen uses possible.

CATV provides technology for today’s world. Quechee’s Gesine Prado, self-taught baker of elaborate cakes and other goodies, has used CATV’s studios to perfect voiceovers for her “Baked in Vermont” show. “CATV is an invaluable community resource,” she says enthusiastically. “Donna, Chico, and the entire CATV team are helpful, friendly, and foster an unfettered creative environment.” Anyone who’s seen one of her elaborate, impressive cakes knows that she’s an expert on unfettered creativity!

CATV teaches. They give away training and air time to anyone who asks–for free. Many people end up making little or no use of the training, but some people catch the bug and produce shows about local events, history, entertainment, and issues relevant to the Upper Valley community. 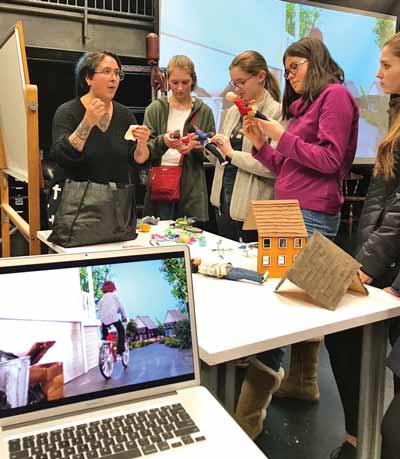 CATV builds an independent filmmaking community. It trains videographers with classes and summer camps for middle schoolers and up. Graduates of camps become counselors for new participants. Filmmakers enter the film competitions or “slams” that CATV runs twice a year, open to middle schoolers, high schoolers, and adults. These are competitions to produce a short video within a time limit. The slams typically require the use of a certain prop or phrase. CATV provides free one-on-one training to shore up audio and video production skills, and lends equipment. The slams reward creativity, technical skills, and working well with a team. Seeing other teams’ films at the end of the slam can be humbling, but is always inspiring and broadening. CATV also offers high school internships and a club that introduces media professions to middle and high school girls.

Don’t Know What You’ve Got ‘til It’s Gone?

The business model of this remarkable organization is unusual – and endangered. For years public access TV has been supported by fees that cable companies have paid for using the ‘public good’ of the cable network. But as more and more users ‘cut the cord’ of cable service, CATV is seeing its supply stream start to suffer a drought.

Comcast pays a franchise fee to Lebanon. The city passes this fee on to CATV, with the result that there is now new equipment installed in the city meeting rooms. Better equipment means easier viewing for those who want to stay up-to-date on city affairs.

Donna is highly resistant to charging users for the classes and equipment CATV provides, seeing such fees as barriers to parts of the community. “People take us for granted,” says Donna, but it’s important because filming local government meetings compels ethical government. It’s the bedrock of free speech.”

There are 25 local access TV stations in Vermont. They pay into a network and share their best and most general interest shows.

One Producer Says It All

Lebanon resident Barbara Krinitz has worked for many years, in many ways, for CATV. Here’s her story, which epitomizes how CATV weaves community.

“I moved up to the Upper Valley 7 years ago. One day, I was walking through the TipTop Building and passed CATV. They had a sign outside saying that if you had an idea for a TV show, CATV would help you produce it. I walked in, said I didn’t have an idea for a TV show, but would like to learn how to use the equipment and maybe I could help someone else. They did indeed teach me how to use their camera and editing equipment, and then told me to look in the Valley News calendar, find something that interested me, and go out and film it. I chose ‘Machine Madness’ at the Montshire Museum, which became the first program I filmed and edited for CATV.

“So that’s how I became a volunteer producer. Since then, I have produced many programs for CATV. I have my own music program and my own local history program, and I also film some community events. I feel that CATV has brought me closer to the community in which I live, and brought the community closer to me.”