Sarwar Kashmeri: Not Slowing Down Any Time Soon 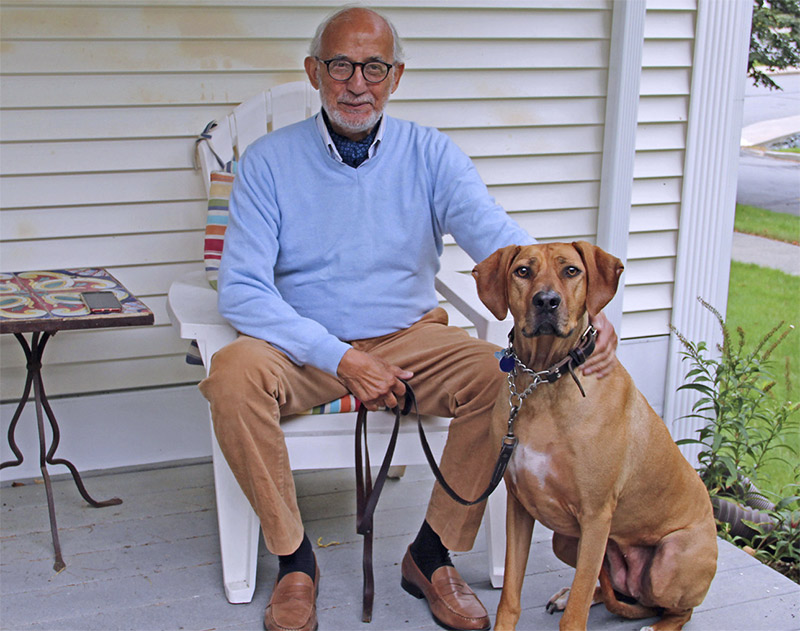 At age 79, Quail Hollow Senior Living Community resident Sarwar Kashmeri has achieved stunning success in his career and gained not only national recognition, but international acclaim, as well.

Sarwar Kashmeri is an international relations specialist, author, and commentator, noted for his expertise on U.S. global strategy and national security. He is the host of Polaris-Live, featuring 30-minute live conversations on the business and geopolitical impact of China’s rapid rise to superpower status.

He is the author of the Foreign Policy Association report The Telegram: A China Agenda for President Biden (2021). China’s Grand Strategy: Weaving A New Silk Road to Global Primacy (Praeger) – his third book – was published in July  2019. It is a centennial book of the Foreign Policy Association where Sarwar is a Fellow. He is also an Applied Research Fellow of the Peace and War Center of Norwich University in Vermont.

The above is a short list of Sarwar’s background. At this point, he shows no indication of slowing down for the conventional role of retiree.

“I am far from retired in the sense of playing golf. I will continue to teach an annual spring course in the Dartmouth’s Osher Lifelong Learning Institute, an organization that I believe is an incredible asset to the Upper Valley. How they do so much with a limited staff is a miracle. They have spoken to audiences virtually around the US about my thoughts on the most consequential relationships of our time.”

Sarwar was born in Bombay, India. His father was a screenplay writer in the Indian movie industry, also known as “Bollywood,” and scripted over 75 films. His mother was a social worker. His wife of 40 years, Deborah Ellis, was a renowned watercolor and fiber artist who had displayed her work in several galleries including Manhattan, Briarcliff Manor, Woodstock, and several other venues and was a juried artist at the N.H. League of Craftsman. Sadly, she passed away in 2018. Sarwar now shares his condo with his best friend and companion, a three-year-old Rhodesian Ridgeback named Gazi.

It is a long way from Bombay to West Lebanon, but Sarwar and Deborah completed the journey in style. He explains how they settled in Quail Hollow. “Deborah’s parents had left us their farm in Reading, VT. We lived then in Mt. Kisco, NY and came to the farm as often as we could. After I sold my business in New York City, we moved up full time to the farm. Deborah was a full-time water colorist and we had animals on the farm. Easy commute to NYC and Washington DC or from Boston to longer distances. The internet made it all possible. As my wife got progressively sicker, the 200-year-old farm got to be too much, and we moved to Quail Hollow.”

Sarwar noted that the lifestyle in the Upper Valley proved to be a great fit for the couple. “Here, we are close to nature, pretty villages, an easy drive to Boston (where Deborah was from), and to New York (where my professional associations are), quite intellectual and friendly people, and of course the organization Osher.”

Sarwar is adapting to a new world that arrived with the pandemic. His mission in life is to continue going forward.