These Times: A Tribute to Donnie Perkins 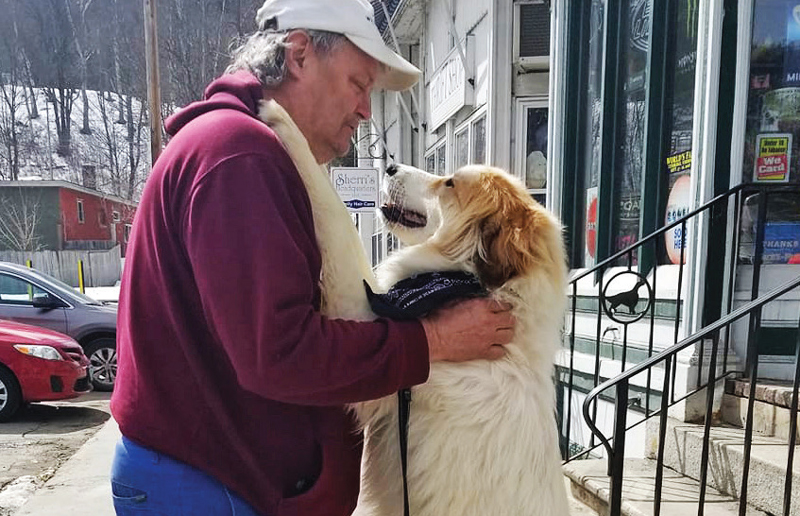 We are sad to write that our friend and Lebanon Times columnist Donnie Perkins died on May 1 at the age of 64, leaving behind a daughter, five brothers, and countless friends and acquaintances from all over the Upper Valley and no doubt well beyond.

Donnie graduated from Lebanon High School, where his interest in writing for local papers began. I worked with him and got to know him years ago at the Connecticut Valley Spectator, where he sometimes covered local sports, and it was a pleasure to bring his unique voice to the Lebanon Times when we launched the paper seven years ago. He had a way of connecting with people and telling stories that represented truths many of us have felt.

For about 15 years starting in the mid-1980s, Donnie was the bar manager at 5 Olde Nugget Alley, where he was known as the ‘Mayor of Hanover.’

“He knew everybody in town – Dartmouth students, townspeople,” said longtime 5 Olde owner John Dodds. “He could carry a conversation with anybody. He loved to talk and definitely had his opinions.”

He had a great mind and an “unbelievable” memory, John said, and he knew tons of baseball trivia. “He was the biggest baseball nut I’ve ever known. And, he was one of the most die-hard Yankees fans I’ve ever known. His allegiance to the Yankees posed some interesting nights.”

Dan Murray said he and Donnie connected professionally as local bartenders, but “more importantly, he and I shared the unique life experience of growing up in the Upper Valley as Yankees fans. There are not many, and it was a treat to talk Yankees baseball with him and not have to explain why I was a Yankees fan if I grew up here.”

Donnie was also an avid softball player, helping to organize the league and serving as captain for the 5 Olde team, John said.

After John and his wife sold 5 Olde, Donnie stayed on working with longtime friend and colleague David ‘Spike’ McDerment, and moved to South Royalton when Spike opened 5 Olde Tavern & Grille there.

Musician Will Michaels met Donnie at Salt hill Pub in Lebanon after moving to the Upper Valley in 2003. Donnie often played at open mics there or went to socialize at the bar, and the two got to know each other. Donnie played in the Upper Valley-famous Boomer Sellers band in the mid-’80s and he wrote “some pretty good songs,” Will said. Donnie continued to actively play and record music until the end of his life, he said.

“He was part of this legendary base of musicians in the Upper Valley, and he was one of the first that welcomed me into the community,” Will said. “He was connected. He just knew everybody in the Upper Valley. I would run into people and they all knew Donnie. Anybody that’s played music here in the last 40 years or so, all the veteran players, they all knew him.”

Will described Donnie as “very gregarious” and “perennially curious,” a person you could run into anywhere and talk with about just about anything. “And there was always the opportunity for him to brag about his daughter. That always figured in at some point,” Will said. “I’m going to miss the conversations.”

We will, too. We’re grateful Donnie shared his humor and wisdom and heart with us over these years. Donnie’s friend Todd Goodman wrote a beautiful tribute to him for the Valley News – you can find it online to learn more about Donnie, and it’s really worth a read. Stay safe, and take care of each other.

« Previous post
In Honor of Mink: Our Wilderness Ambassador
Next post »
Soothing the Pandemic Soul with the Sound of Music